Wrap of Round 1 and a preview of Round 2

What a great first day of international Australian Rules football. Spectators who were at the inaugural Cup in 2002 remarked that the standard had improved dramatically across the board. Who are the big improvers? Were there any major surprises? What can be expected in the next round?

After early showers the skies cleared and the rain stayed away until the final minutes of the last two games. A large contingent of mainstream media were on hand, and a steady flow of spectators came and went throughout the day. In good conditions and smallish ovals at Murphy Reserve Port Melbourne, five matches were played. All results went as bookmakers would predict, but all of the scorelines were interesting.

Japan secured their first ever International Cup win, beating new side Spain. It was confirmation of the exciting running style we were promised. But the lads from the Iberian Peninsular were competitive and far from disgraced in their first official international. With a relatively young side they will learn quickly.

A major feature of the day was that pre-tournament favourites Ireland and PNG could easily have lost. Both were neck-and-neck with their opponents into the last quarter, and bearing in mind only 15 minute quarters. It's probably fair to say they were the better teams on the day but Canada and Samoa will be serious threats in the coming matches. 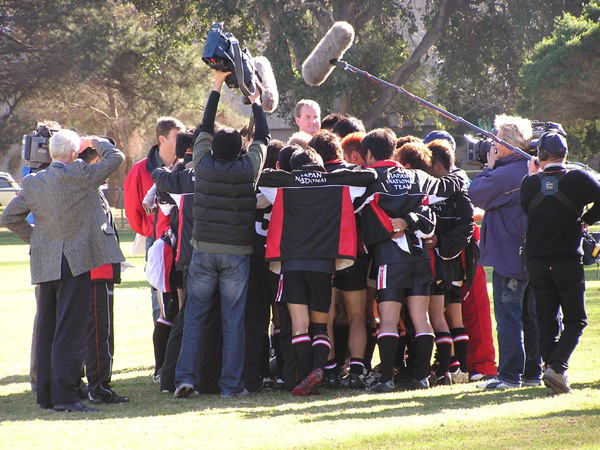 Media listens in to Japan

The US secured a strong win over South Africa as expected, but the match was of a high standard and both nations can be encouraged that this will be an excellent series for them, with the Africans almost certain to secure their first win, and the Americans likely to make the semi-finals, from which point they would be a major contender.

Britain showed toughness and resolve but couldn't match the skills of New Zealand. The Kiwis will be feeling pretty comfortable with the win and the Bulldogs will be looking to show their improvement against slightly less talented opposition. 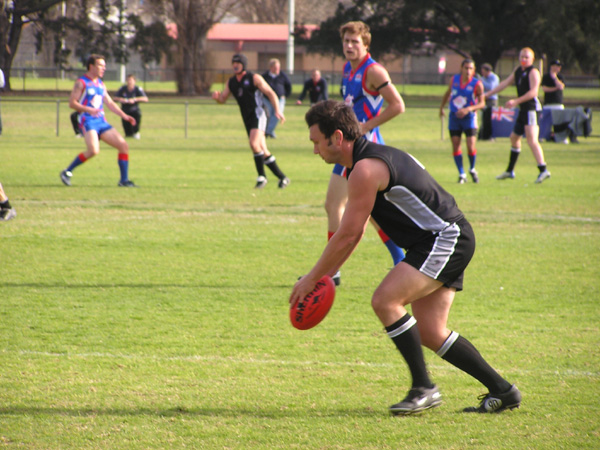 So to Round 2. The draw linked on our front page remains correct and reveals some great match-ups. New Zealand should be too strong against Spain who will need to hang tough to minimise the scoreboard damage. PNG will want an easier win against Canada but the physical intensity of the Northwind may not allow it. Britain and Samoa go head to head in what could be a brutal clash. The winner keeps their title hopes alive and after pushing PNG the Pacific islanders will start favourites.

The undoubted blockbuster is the US versus Ireland. The winner of this looks set to play-off in the semi-finals, whereas the loser will be under pressure. Before Round 1 the Irish would have started as the preferred tip, but perhaps the Revolution did enough to earn the nod. But wet weather may tilt things the way of the Emerald Isle.

Japan and South Africa will be fascinating - both winless in 2002, but Japan with big ambitions and their first win already notched up. It should be a very fast game as both sides have quick running players. Japan should start favourites but I have this feeling that the key position strength that the Africans have recently added to their side could tell out, provided the conditions are fine.

All in all another top day of footy ahead, with the possible exception of bad weather making the conditions slippery. After a relatively fine first day it has rained for many hours straight in Melbourne, with hail also forecast. For the Friday Round 2 matches the prediction is a few morning showers then fine and partly cloudy, 14 degrees Celsius. Hopefully the grounds will hold up okay.