The final match of the round saw the Osaka Dingoes travel to Tokyo to play the Komazawa Magpies. After an even first half that saw the straight kicking of the Magpies take a 9 point lead into the long break, the more experienced Dingoes lifted their work rate, scoring 10 goals to 1 in the second half to run out 49 point winners, 14.15 (99) to 7.8 (50). First-gamer Sato was superb up forward for the Magpies with 3 first half goals, while the load was evenly spread by the Dingoes with 5 players kicking two goals apiece.

The Senshu University Powers had the bye this round.

Ed: WFN welcomes Roy Obal to our team of correspondents. An Aussie living in Japan as an English teacher, Roy will be reporting on the goings-on in the Japan AFL. 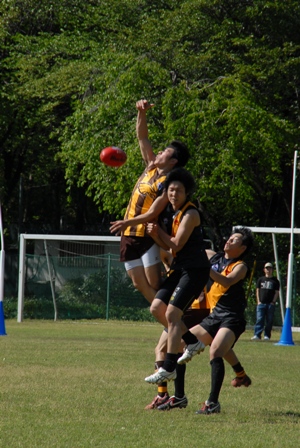 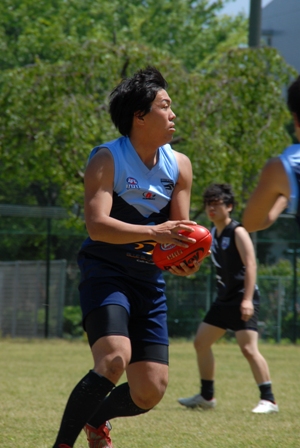 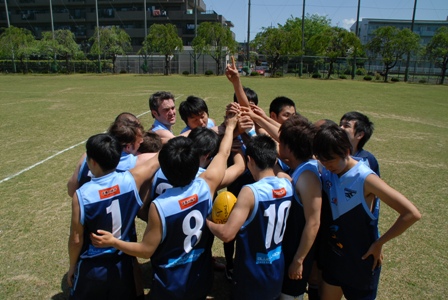