Sudip Chakraborty was a member of the Indian Team at the 2008 International Cup. He has been assisting Darren Ross draw up plans for the soon-to-be-officially-relaunched AFL India.

Unfortunately registration of the organisation is a drawn out process, and is still several weeks away. But that hasn’t stopped Chakraborty promoting the sport in the meantime.

“I organised a month-long training session with twenty-odd kids and teenagers from my neighbourhood Ultadanga in Kolkata, every afternoon. The players, from soccer and cricket backgrounds, were very enthusiastic about learning the new game. They showed good progress and a few of them, especially Arnab Sen (not in the picture), had a natural ability for the game. On the last day of practice, we had a 5-a-side match amongst the players, with proper rules. The picture is of the starting five players of the each team, with me in the centre. They are carrying on short sessions of the game in my absence with a ball I have left them.”

A website has also been launched for the organisation, and it will be updated once registration is finalised, at which point World Footy News will be able to reveal some of the organisation’s plans. 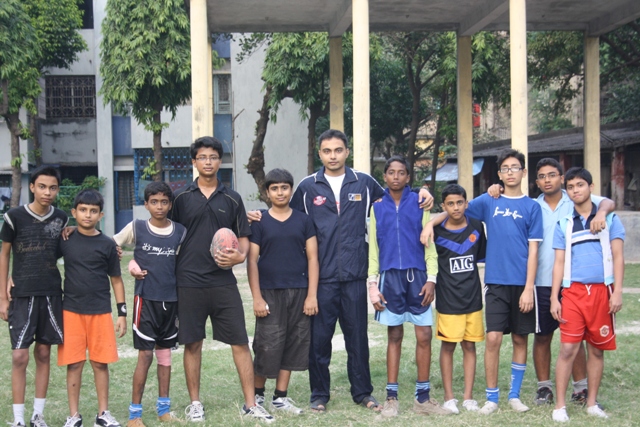