The AFL has helped launch the first purpose built AFL oval in Tianjin as part of its ongoing commitment to grow Australian football in China.

The $1.5 million project is a collaboration between the City of Melbourne, the AFL and the Melbourne Football Club. They attended today’s launch along with the Vice Mayor of Tianjin Madam Zhang Junfang and the Vice Director of the Tianjin Binhai Development Investment Holding Co. Ltd.

“We see China as an important and growing market for the game and this purpose built AFL oval will enable more Chinese people to play and enjoy Australian football and showcase their talent,” he said. 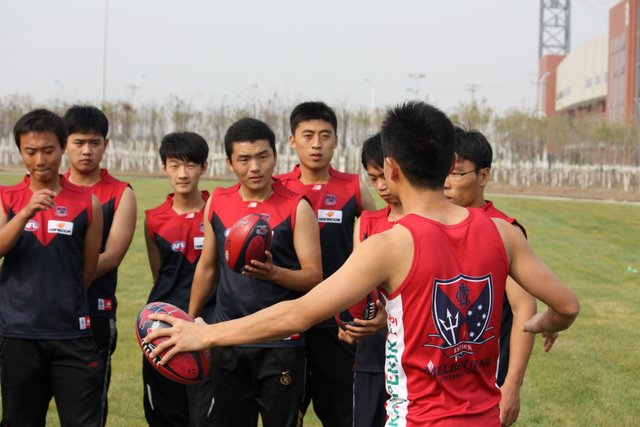 “I want to thank the Vice Mayor of Tianjin Madam Zhang Junfang, the Tianjin Binhai Development Investment Holding Co. Ltd, the Melbourne Football Club and the City of Melbourne for their support to make this project possible.”

The idea for the project originated in 2005 when the then Mayor of Tianjin Dai Xianglong visited Melbourne. Following a tour of the MCG, Mayor Dai invited the Melbourne Football Club to visit Tianjin to introduce Australian football to the city. 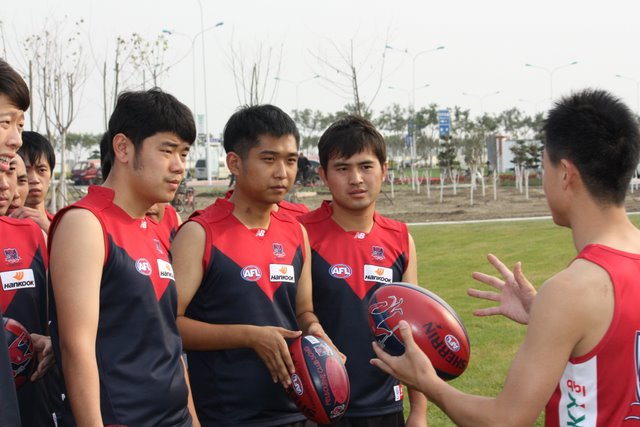 In October 2010 the first AFL exhibition match between Melbourne and the Brisbane Lions, the Kaspersky Cup – AFL Shanghai Showdown, was played in Shanghai in front of a crowd of 7000 people and broadcast live on local television. The AFL also launched a Mandarin language website www.51afl.com[*1] to engage local interest in the game. 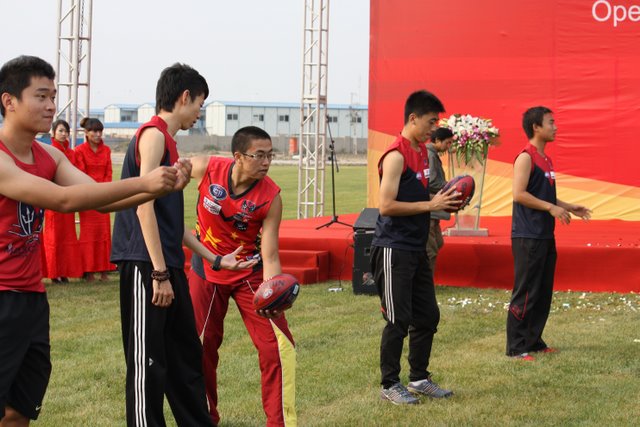 During 2011 AFL matches were broadcast weekly into China through the Shanghai Media Group on International Channel Shanghai, including the Toyota AFL Grand Final between Geelong and Collingwood.

China also fielded a team in the 2011 International Cup played in Melbourne and Sydney and a number of players of Chinese background were part of the Southern Dragons Football Club’s historic premiership in the Southern Football League. 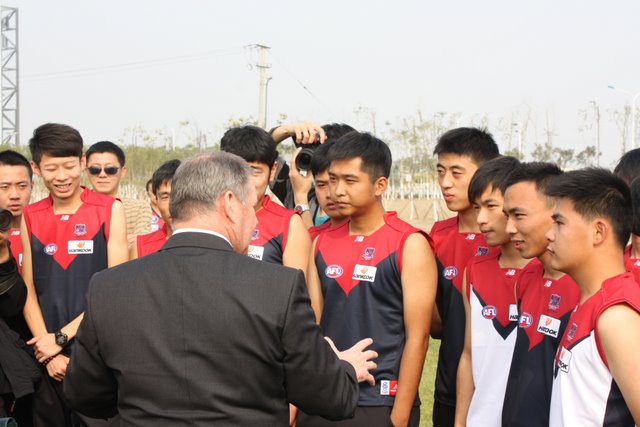 The chief executive of the Melbourne Football Club, Cameron Schwab said it had experienced first-hand the excitement of the introduction of AFL into China. 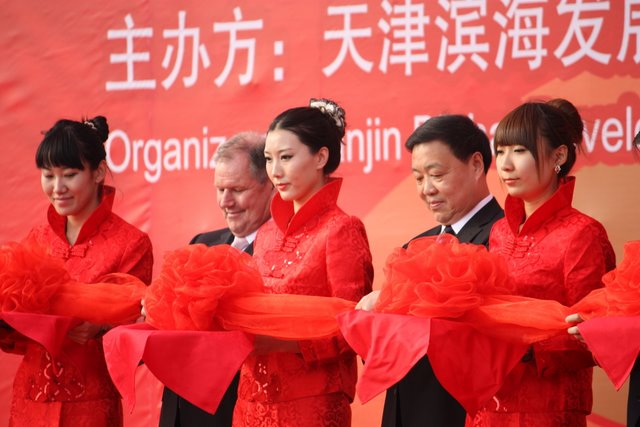 “We look forward to supporting and being part of the AFL’s plans to further grow the game there with our own initiatives, including the creation of the Tianjin Demons to compete in the growing AFL China League,” he said.

“We’re also extremely excited about the opportunity that exists to build deeper engagement with Melbourne’s Chinese community, through a series of targeted programs and initiatives.” 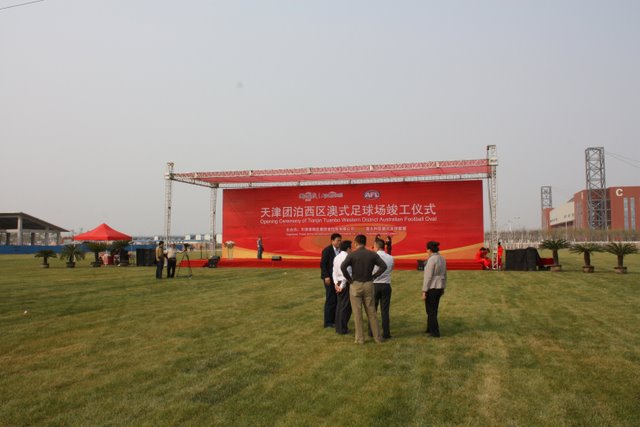 Melbourne Lord Mayor Robert Doyle, who is currently leading a business mission in China, said the launch of the oval was a significant step in establishing the game in China. 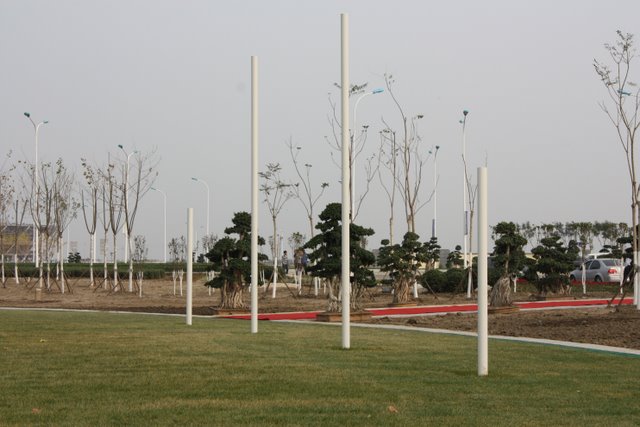 “Melbourne is the sports capital of Australia and Melburnians are especially passionate about their football. It’s a thrill to now be sharing our love for this sport with the people of Tianjin,” the Lord Mayor said.

The City of Melbourne has also been working with the Tianjin Education Commission to develop a range of AFL training programs in primary and secondary schools. 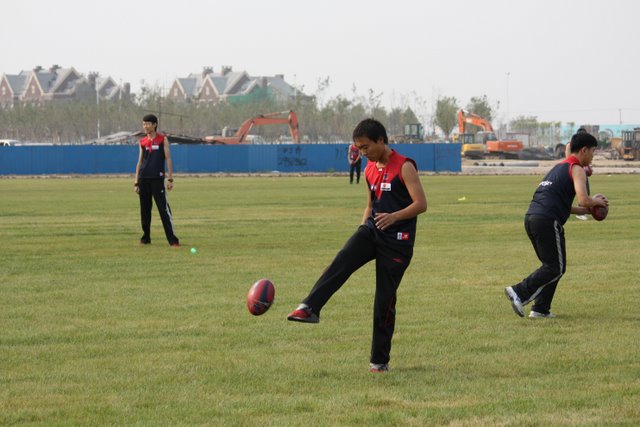 Thanks to City of Melbourne for supplying the images that accompany this article.