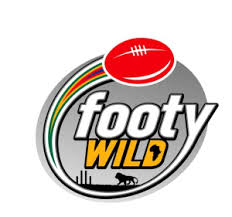 Australian Rules football in South Africa took another monumental step towards nation-wide development with the recent involvement of a team from Soweto being included in a recent competition in nearby Potchefstroom to the south-west.

The urban area of Soweto (abbreviated from South West Townships) has a population of around 1.3 million and makes up one third of greater Johannesburg’s population. Soweto, part of the already football mad Gauteng Province has included residents such as Nelson Mandela and Desmond Tutu.

Now there is the opportunity for Australian Rules football to slowly take root in one of the most populous areas of South Africa, highlighted by the recent Australian Rules football carnival. It is hoped that this event is the starting point of a long journey of footy in Soweto.
The following short story from the crew at AFL Footywild in South Africa gives a brief insight into the historic footy event.

Soweto, the south western township of Johannesburg. A place greatly infested with history, pride and opportunities for modern day South Africans. This place is a cornerstone of South African democracy, and countless music, sports, intellectual, cultural and political legends hail from this township.

Soweto has now joined many other good old South African townships, in having footyWILD centres, where the country’s aspiring young talent are honed. Some of Soweto’s footy products were present at the recently held Super Cup in Potchefstroom in April.

The boys tasted their first footy serving against experienced players, but were unfazed, as they played with pride and showed a good display of themselves.

We hope with the hard work of the AFLSA staff in Gauteng, Soweto will soon have a footy club of their own.

For more information about the local South African competitions and football development, go to the AFL Footywild website at: http://www.aflsouthafrica.org/index.php[*1]

To learn more about the history of Soweto, and the significance of it’s role in South African history, visit the following site: http://www.southafrica.info/travel/cities/soweto.[*2]