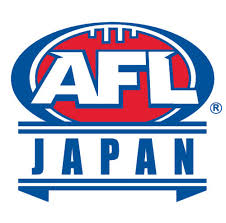 On October 10th, 2015 teams from across Japan travel to Chiba, just outside of Tokyo for the much anticipated 4th AFL Japan Cup. In what was a welcome change from the torrential rain of previous years, the weather held up to allow for a massive day of competitive football from seven of Japan’s clubs.

There was some doubt heading into the tournament as to who the favourites would be as one of the JAFL’s powerhouse clubs, the Tokyo Bay Suns decided to join forces with competition debutants, the Miyazaki Grandswells, while veteran clubs, the Eastern Hawks and the R246 Lions merged toform a formidable team for the tournament. Throw in the Senshu Powers, Tokyo Goannas, Komazawa Magpies, Shonan Poseidons and the new team from Sendai Port, and it was the scene was set for a special day.

The competition started with a round robin of matches where each team played each other once with the highest finishing teams then contesting for the cup in the finals. The initial rounds saw some aggressive, bruising football as all teams were out to win their early games.

There were some very promising signs from the ever-energetic Komazawa Magpies as well as gallant efforts from JAFL new boys, the Sendai Port FC – a team comprising mostly foreign expats who had never played the game before – and there was no bigger cheer throughout the day than when they kicked the first goal in their club’s history.

Another highlight of the tournament was the Shonan Poseidons recording their first ever win s in the JAFL. They played with an attacking flare that no doubt cemented them as a future premiership contender, and they went on to win three matches including one final to finish in fifth place and see the Miyazaki Grandswells finish sixth.

After making it through the round robin with only one loss between them, the Tokyo Goannas and Komazawa Magpies met in the grand final to contest for the Japan Cup.The length of the match was extended and it proved to be a telling factor as the Magpies long injury list and reduced bench was unable to hold up against the attacking power of the Goannas who ran out eventual winners to be awarded their first ever Japan Cup trophy.

Yuji Yamamoto of the Tokyo Goannas was adjudged the best player in the Grand Final while his teammate Gordon Jones won the award for the leading goal kicker of the tournament. As per tradition, a Dream Team consisting of the best players throughout the day was announced and had representation from each of the seven teams – a sign of the star power that exists all over the country:

As expected the 4th Japan Cup was a roaring success with new teams blooded, maiden victories had, and some fantastic games of football played in great spirit in front of a large group of fans. A huge thank you must go to the JAFL for putting on such a fantastic event, as well as to the sponsors and support staff for all of their efforts throughout the day.

The JAFL is tireless in its endeavour to grow Aussie Rules throughout Japan, and the hard work has resulted in 12 active teams across six of the country’s regions. The season of the JAFL’s Top League is reaching the pointy end with only one round to go before finals and it’s very tight at the top of the ladder! Keep up to date with all the action at http://www.jafl.org[*1] as Japan’s finest start gearing up for that one day in November!