The AFL today announced the details of the 2017 AFL International Cup[*1] to be held in Melbourne. Joining the 2014 champions PNG at the sixth iteration of the International Cup will hopefully be at least 20 mens teams. The women's competiton is expected to grow from the five nations that competed in 2014.

PNG are the most successful nation at the International Cup winning the competition in 2008 and 2014 as well as finishing runner up in 2002, 2005 and 2011 in the men's division.  Ireland (2008) and Canada (2011) have each won the women's competition in the first two cup's that had female teams competing.

The full announcement from the AFL follows 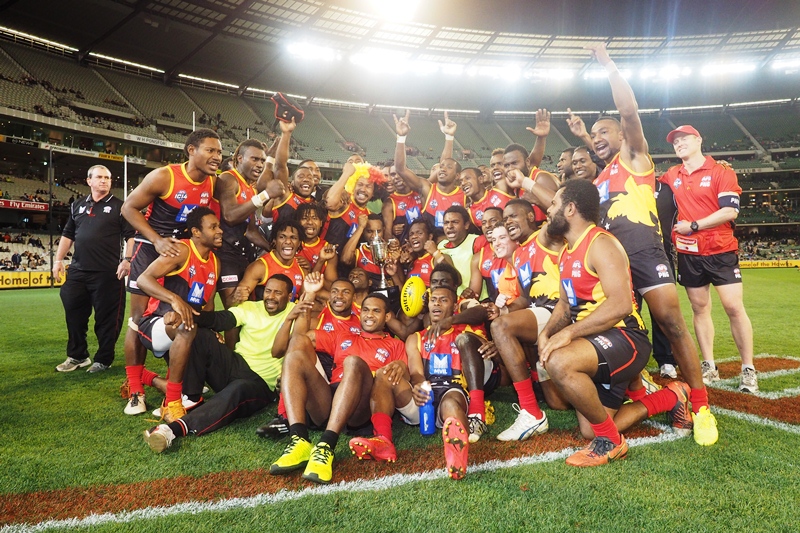 The sixth International Cup will again include both men’s and women’s competitions.

AFL Head of Community & International Development Grant Williams said he expects the 2017 carnival to be the biggest yet.

“The popularity of Australian football overseas continues to grow with more players and fans taking up and supporting our game,” he said.

“Following the success of the AFL International Cup in 2014, we will again conduct a round of matches in IC17 at suburban and country grounds to give participants an authentic Australian football experience.

“We look forward to welcoming players from North America, Europe, Africa, the Middle East, Asia and the Pacific to compete.”

The AFL International Cup is played every three years. No expatriate Australians are eligible to play. Teams comprise solely of amateurs who must be nationals of the country they represent. 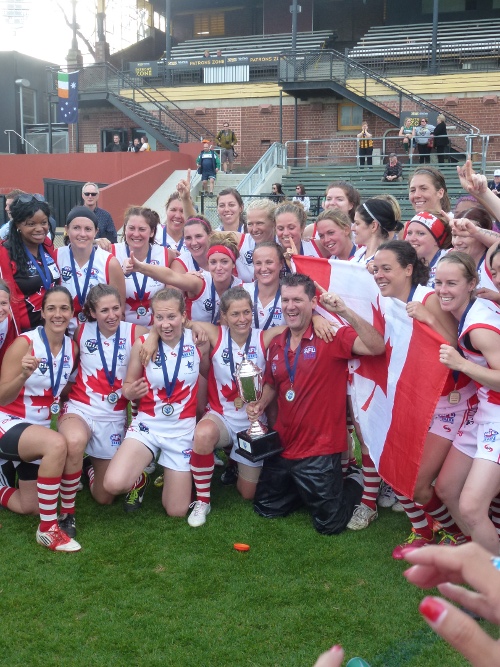 In 2014 there were 25 teams (18 men’s and seven women’s teams) that represented 18 different nations. Papua New Guinea won the men’s final while Canada won the women’s final.

Japan, China, India, Indonesia and Pakistan have previously sent teams the International Cup and the Asian component will may expand with an Indo-China team a possibility to compete with nationals from Thailand, Cambodia, Vietnam, Laos and Myanmar.

That team would likely be known as the Indochina Bulldogs – perhaps because the Doggies’colours are on each of the Indochina national flags and Rut Ngarmariyakul (Thai rep), the organiser of the first Indochina All Stars, is a huge Doggies fan. The team in the past AFL Asia[*2] tournaments has been coached by Andrew Embley having strong connections to the region with both his Grandparents and Father being born in Burma (Myanmar) before migrating to Perth in 1964.

Teams competing in the International Cup pay their own way to attend which is a huge outlay for all nations who have to find a way to fund their participation through team and individual fund raising and sponsorship.  This is the main hurdle that the Indo-China team will need to overcome between now and the tournament kickoff.

Other nations that have not appeared in the past but may be a chance for 2017 are Germany, Croatia (among a number of European possibilities) and perhaps even a South American where there has recently been a boost to their programs courtesy of a DFAT grant.