In slightly late news, the Tokyo Goannas wrapped up the 2016 AFL Japan season with a 40 point win over the Senshu Powers on Sunday November 27, held under lights at the Yokohama Country & Athletic Club.

Across the weekend just gone the season was wrapped up with the 2016 AFL Japan Awards night including the highlight of the evening - the naming of the 2016 'Peter Wilson Medalist'.

Looking ahead AFL Japan is setting sights on Melbourne 2017 and the International Cup in August next year. AFL Japan are taking registrations of interest and have set a December winter training schedule with more news to come with respect to January and February. The build up begins. 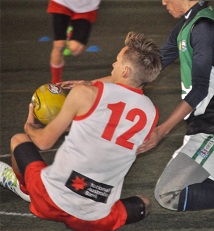 In their only previous meeting this year back in round 3 (Late June) - the Goannas had a tough time, getting home by 9 points, 9.15.(69) over the Powers 8.12.(60). Overall the Goannas hold sway comfortably head to head, however, on the basis of this close result and the Goannas finishing top, clear of the Powers only by percentage - the stage was set for a competitive decider. 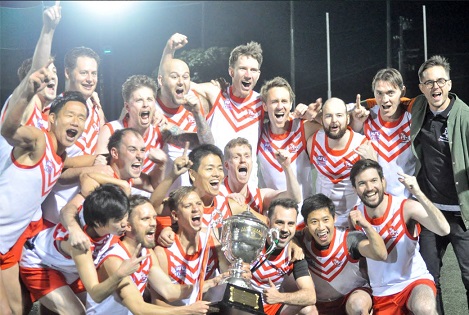