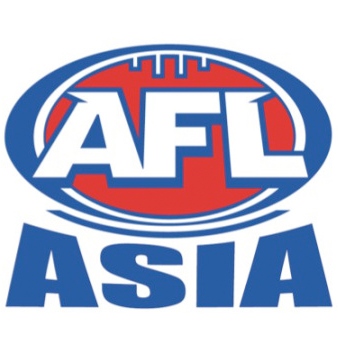 In its fourth year of operations, AFL Asia has further strengthened its ability to achieve its mandate of “growing footy in Asia” with the confirmation of its strongest committee to date, following a solid turnout at the recent Annual General Meeting.

Darren’s advocacy of local player development has left a massive mark on footy in Asia. His leadership has ensured the record number of locals now playing the game across the region is being fully supported by Asian footy’s governing body through new initiatives such as the All Asia Championship and local player quotas-to be introduced at this year’s Asian Championships.

While taking a step back, Darren will continue in the role of Vice President with a focus on the upcoming Shanghai Cup and sponsorships.

Having stepped down as Vietnam Swans President after two years at the helm, Keys will maintain a strong focus on local player development, supported by new committee member and Cambodia Eagles President, Paul Hurford, who will take on the role of Local Development Coordinator and chair the Local Player Development Subcommittee.

“We cannot thank Darren enough for the substantial contributions he has made leading our organisation over the past two years. He has left Asia’s governing body for Aussie Rules footy in great shape and I look forward to continue to work with him, the other committee Members and all the footy clubs of Asia over the coming year.” Keys said.

Source AFL Asia.
For the full story go to www.afl-asia.com[*1]