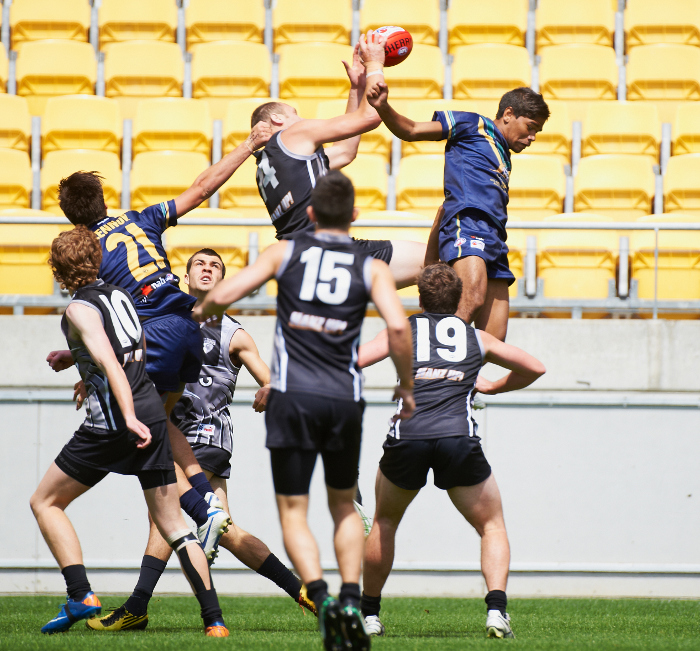 The 2017 NAB AFL Academy Level 1 Squad will depart for Wellington today as part of a High Performance Camp that will include a clash against an open-age New Zealand side on Monday, April 24 at Westpac Stadium.

The challenge match will be the sixth year an Australian Under 17s side has played against a New Zealand team, with players part of this year’s Level 1 Squad following in the footsteps of Melbourne’s Jesse Hogan, West Coast Eagles’ Dom Sheed, GWS’ Josh Kelly, St Kilda’s Luke Dunstan and Jack Billings, North Melbourne’s Luke McDonald and Gold Coast Suns’ Jack Martin who were part of the NAB AFL Academy in 2012.

“Australia’s best under 17 players really value the opportunity to play for their country against another country in a foreign environment,” Sheehan said.

“To be playing on the day before Anzac Day, a day that means so much to both countries, is a significant honour for these young men.

"This annual match also provides a pathway for New Zealand’s best players to also wear their country’s colours and test themselves against some of the best young players in Australia.”

The match will be played at Westpac Stadium in Wellington at 11.30am and will be followed by both teams attending the Anzac Day Dawn service the following day to pay tribute to our service men and women.

The Australian Under 17 team was selected following the NAB AFL Under 16s Championships in 2016 and will be coached by NAB AFL Academy Head Coach Luke Power. The comprise players from Victoria, Western Australia, South Australia, Queensland, NSW/ACT, Northern Territory and Tasmania.

Former Claremont player and St Kilda draftee Rob Malone will coach New Zealand which continues to provide more than 30,000 participants, both male and female, with the chance to play AFL at school or club level this year.

New Zealand will also be one of the 20 counties who will participate in the AFL International Cup to be held in Melbourne in August this year.