Thanks to Mathew Batsiua and AFL Nauru for supplying reports of the AFL Nauru season.

Despite the rain, the Grand final was packed with hundreds coming out to the ground to watch this season's grand final between two form sides of the competition the Magpies and the Bombers.

When the big game finally started, it was the Magpies who hit the ground running, dominating clearances and controlling the first quarter.

Young Magpie Richmond Spanner was a strong target for the Magpies, taking brilliant contested marks in their ...forward line and kicking 2 first quarter goals to help his team take control of the game early on. In the middle Magpies skipper Yoshi Harris[*1] controlled the ruck in the first quarter giving his on-ballers first use and control of the clearances. The Bomber's cause was not helped when Captain Johnny Dagiaro[*2] hobbled off the field with an ankle injury and did not return again for the remainder of the match.

In the 2nd quarter, the Bombers had early momentum with consecutive goals to Daniel Steel Daniel[*3] and Bremoki Maaki[*4] but 2 goals in reply by Richmond Spanner[*5] and another goal to Bagewa Detudamo[*6] ensured a 28 points lead by the Magpies at half time.

In the third, the Bombers tried hard to lift again with goals to Daniel Steel Daniel[*3] and Tango Hubert[*7] but the Magpies answered this time from their classy forward Kenneth Oppenheimer[*8] , who kicked 3 goals in the quarter to stretch the margin to 32 points going into the final quarter.

In the last the Bombers tried hard to mount a comeback but didn't do themselves any favours kicking inaccurately with 2 goals and 5 behinds for the quarter. When Magpies skipper kicked a goal in the dying minutes of the last quarter, the game was sealed and the high flying Magpies took out their first ever premiership. Congratulations Coach Zac Temaki and his Magpies team for this mighty achievement. 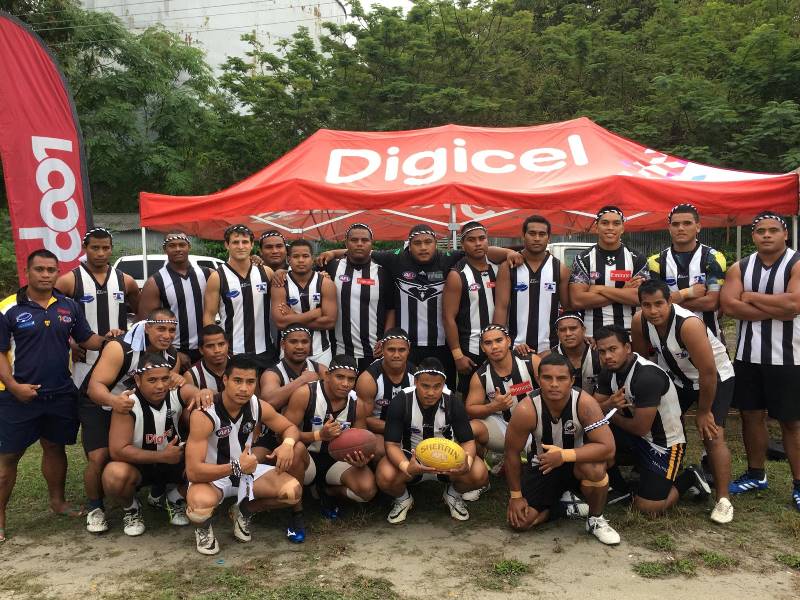