AFL International Cup Grand Final 2017: Why did the Mozzies win? 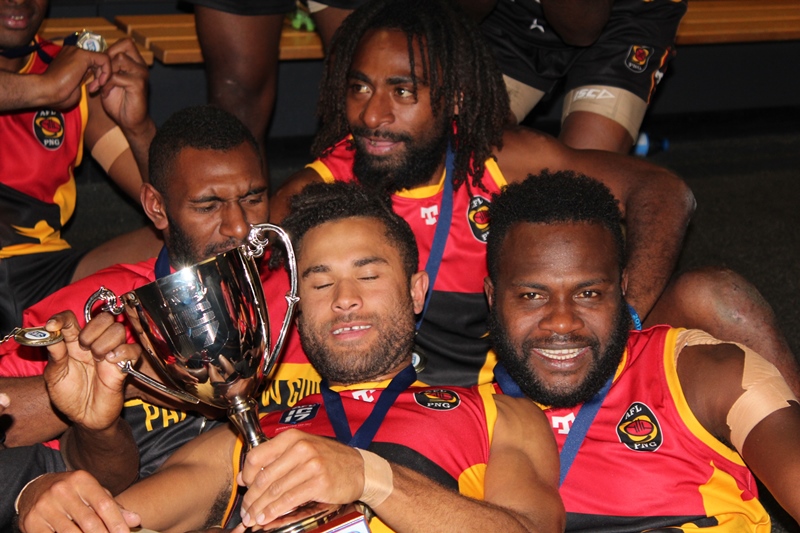 A Cup of Mosquito Euphoria

Why did the Mosquitoes win?

How was this battle between a small, fast and dangerous insect and a high-flying bird of prey, the Mosquito and the Hawk, played out?
Why did the Mosquitoes beat the Hawks in the grand final, winning 4 5 29 to 4 4 28, by one point?
In part, it was luck and more or less ability to score from shots for goal and, even earlier, a kick for goal after the siren which determined the finalists.

Can we reveal the answer in this battle of several opposites, which characterise the International Cup itself?

One, New Zealand, is closer and developed, with few major cities, and a long history of footy, as well as a large pattern of cross-‘Ditch’ (aka trans-Tasman) transmigration. A Caucasian predominance, with some Pacific, Asian and European influence, has joined with affluence to produce bigger and taller bodies.

The other, Papua New Guinea, is farther away, an undeveloped country, with difficult travel between its major points and in footy a predominance of smaller, but faster, players.

Auckland is a mere 2623 kms away from the MCG with fairly frequent flights. In contrast, Port Moresby is 3156 kms from the G, with no direct flights, only indirect ones via Brisbane and Sydney.

How important is the proximity factor?

Ireland is the only distant country which features at the top of division one, although this is also supported by the number of players living in Australia. In fact, IC17 has restricted the number of Australian based players in a squad.

Participating in the Cup is expensive. How many of the best players from Canada or Japan or Nauru or South Africa or France did not run onto Ransford or McAlister ovals in Royal Park due to the fact that they had neither the money nor the time?

How important are local connections? Connections with footy clubs in Australia, from country and suburban to AFL clubs?

This welcome development has seen links between Golden Square in Bendigo and India, now followed up by Essendon. This has involved Golden Square visiting India. Local club connections may be the key element in the future in strengthening footy around the world. In an ideal world, clubs would be linked to all the overseas countries where footy is played by over 100,000 people.

What is the biggest factor in success?

Is it
• proximity,
• Australian-based players,
• AFL-linked players as with three Hawks linked to St Kilda and Sandringham,
• ability to train together (often prevented by geographic dispersal of players),
• coaching of skills and strategies,
• ability to afford to come to the IC17, including the role of sponsorship,
• luck when it comes down to percentage, for it was the last kick of the day when New Zealand defeated Ireland by a goal after the siren which put PNG into the Grand Final
• ability to play on the slightly smaller grounds in Royal Park,
• ability to cope with the joys of Melbourne weather in August
• and the age profile of teams and years of experience playing footy, including previous IC experience?

Is it one of these or something else?

In Division 2 of the men’s competition the skill and system of the Japan Samurais dominated the German Eagles on the wide open spaces of Elgar Park North, but they could not compete with the eventual Cup winners, Croatia, on the tighter spaces of Royal Park ovals, before the Croatians went on to defeat Germany in the grand final.

At the MCG, between the Mosquitoes and the Hawks, a game won by one point could have gone either way, especially after Kiwi forward Barclay Miller hit the post from close range.

Did the sun lift the mood of the Mosquitoes after the earlier rainstorm? Or was the fact that half the team had played in the last IC17 grand final a key factor?

Or was there a crucial difference between the two teams which fought out a gritty encounter? Like an AFL match, there were high level skills and equally high level errors, due to the pressure of an often congested game.

For bad, rather than good, most IC coaches now play the same AFL forward press which led to a scrappy game.

At the MCG, the International Cup grand final was followed by a game of scrimmageball, when Geelong ‘won ugly’ against Collingwood, according to coach Chris Scott. But that is another story.

Despite the smaller size of most players, the PNG rucks, particularly double goal-kicker, Amua Muzza Pirika, Jeffrey Namete, John Ikupu and Clyde Pullah, managed to nullify a potential NZ advantage from stoppages of the height of the Hawks’ 192 cm Ty Smith.

Only when I went to the happy warriors victory rooms after the match, armed with SLR and high quality media lanyard (big ID pass, two straps not one) did I understand the difference.

First, there was coach David Lake, whose dedication shone through as his job continued in the victors’ rooms. 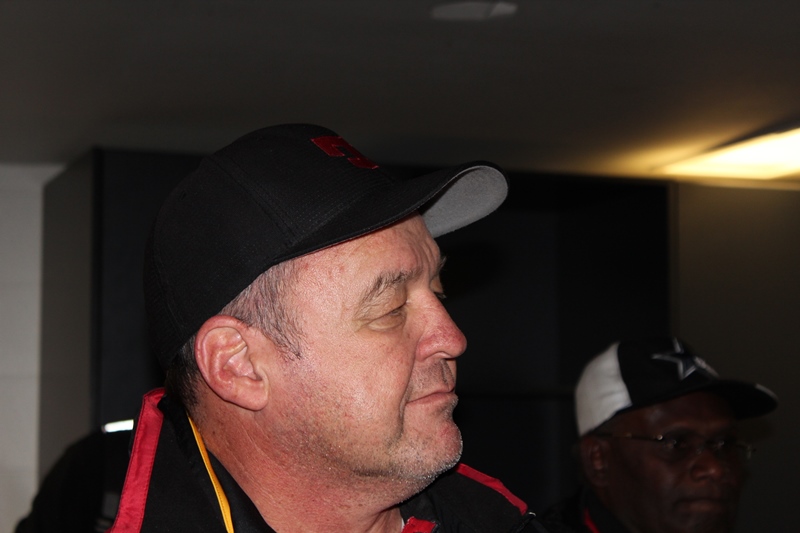 Second, was the sponsor, who had made it possible for the players to come south and was always ready to do every job around the team.
Third, was the PNG government, which was represented by the chairman of AFL PNG, John Ma’O Kali, the Secretary of the Department of

Personnel Management, who came to the rooms with a message from the Prime Minister.

On this day, however, the camera did not lie. The photos of the celebrating players, except for 16 year old man of the match, 16 year old ‘Ace’, Hewago Paul Oea , told the story.

The Mosquitoes were no longer small and light ‘insects’. They had been in the gym and had a strength, and presumably a fitness, which meant that when they threw themselves at the ball in dispute on the ground, they left the Hawks behind.

When they cleared the ball, their running did not stop in the last quarter when both sides were struggling after a long and hard campaign as well as the demands of the granny.

Next, the PNG government is about to investigate elite performance training in South Africa.

A sporting move to put PNG on the international map.

In 2020, the Mosquitoes will be back, fitter, stronger and more skilled than ever.