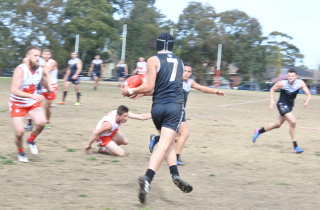 On Saturday the 12th of August at 12:30pm, Mount Waverley Reserve hosted the Men's Division 1 International Cup match between Canada Northwind and the top placed New Zealand Hawks. It was partly cloudy with a bit of sunshine and minimal north-westerly breeze.

The match started with the Hawks kicking to the southern end of the ground and Northwind to the north. It was an even affair played in close to begin, as both teams had three inside 50s a piece, but with no reward on the scoreboard. There were plenty of ferocious tackles and a lot of free kicks were paid early, all you could hear was the whistle being blown.   Neither team were able to score until three minutes into the first when Joshua Mackie (#35) kicked the Hawks first goal of the match.

The Hawks halfway through the opening term started to get on top of Northwind in the midfield. William Dickinson (#5) and Shane Leat (#1) were both playing well for the Hawks.  The Hawks continued to be the stronger team with cleaner handball and kicking skills. The breeze picked up towards the end of the opening term. The Hawks led Northwind by 7 points at quarter time.

The Hawks began the second with a fierce tackling display in their attacking 50, as they put non-stop pressure on Northwind to prevent them from gaining clear possession out of their defensive half.

William Dickinson (#5) started the second as he ended the first. The Hawks had a lot of inside 50s, but with no reward on the scoreboard. Eventually, via Joe Baker-Thomas (#46) took a good mark and lined up for goal from 52m out and kicked with a drop punt through the big sticks for a major.

Eric Klein (#19) played hard aggressive footy for Northwind in the backline. Garrett Reynolds (#21) was strong in defence for Northwind too. The Hawks had all the attacking play in their forward half, but let themselves down when they had shots at goal. Northwind’s defence was extremely strong and held up well with all the inside 50s from the Hawks.

The Hawks should have been further in front, but to Northwind’s credit their defence stood up. Towards the end of the first half the weather became a bit overcast. Northwind were still scoreless at half time with the Hawks up by 17 points.

Carlos Donnell-Brown (#11) took the first grab of the third and kicked inside 50, but Eric Klein (#19) intercepted the mark deep in defence. The Hawks had the better skills, but were unable to capitalise and make the most of their opportunities.

William Dickinson (#5) was everywhere at the start of the second half, like he was in the first half. It was a tight tussle to start the third with neither team able to trouble the scorers. Until, Benjamin Hick (#32) kicked the first goal at the 9 minute mark of the third.

The Hawks halfway through the third stepped up their intensity and ascendency around the ball and were rewarded for their effort on the scoreboard. David Rattenbury (#15) slotted through a goal for the Hawks. The Hawks had another inside 50 and this time Andrew Howison (#10) kicked truly for a major. Andrew Howison (#10) played well this quarter. Northwind were down by 36 points at three quarter time.

Before the siren sounded for the last quarter to begin, Jacob Martin (#14) from the backline was very vocal trying to fire up his Northwind teammates as he calling “let’s come on boys”.

At the beginning of the last, Andrew Howison (#10) marked the footy and lined up for goal directly in front and kicked his second consecutive goal of the match. The Hawks were all over Northwind, but despite this Garrett Reynolds (#21) and Jacob Martin (#14) for Northwind continued to play hard in their backline.

Josh Cunliffe (#3) slotted through the Hawks second goal of the last. Brendan Clark (#50) kicked another goal for his team from a stoppage in the goal square. After this goal, a melee erupted between both teams. The Hawks controlled the whole last quarter.

Logan Anderson (#8) came off second best in the hard contest and ran off the ground with his trainer, but he seemed to be ok. Two minutes before the match finished, Kyle Graham (#12) marked the ball in front of goal in the goal square and finally kicked Northwind’s first goal of the match at the 15.39-minute mark.

The whole crowd erupted with loud cheers. All of this cheer was silenced when Brendan Clark (#50) who was a mobile and handy target up forward slotted through a running goal, which was the Hawks ninth and final goal of the match. The Hawks won by a whopping 56 points over Northwind.

The top placed Hawks were far too dominant all over the ground for a helpless Northwind who were unable to counteract the Hawks immense pressure, high intensity and slickness with their ball skills and movement. As a result the Northwind were only able to score the one major just before the conclusion and that was the tale of the match. 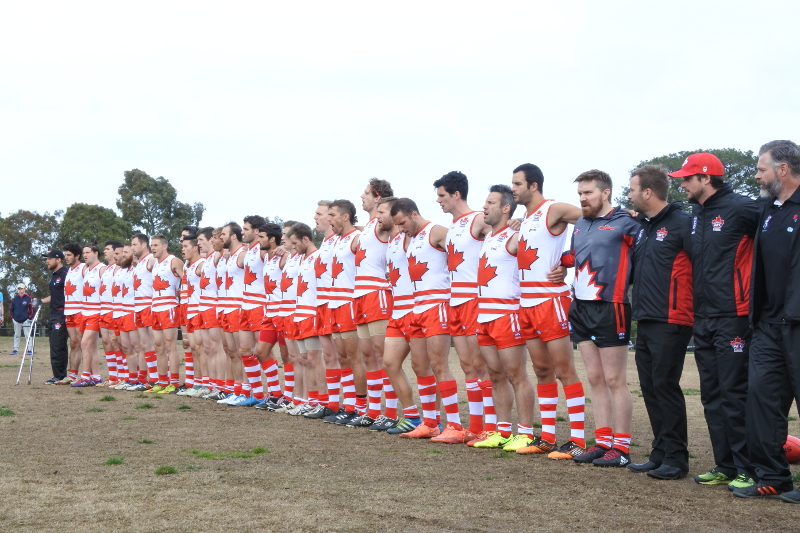 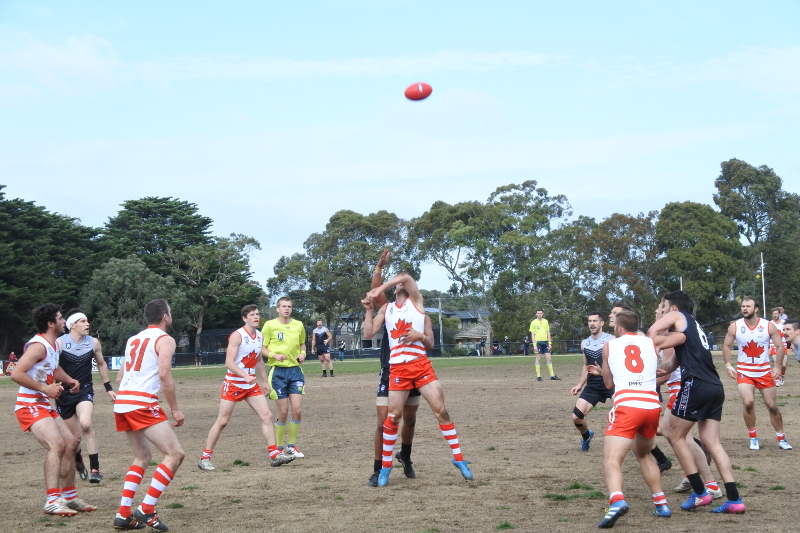