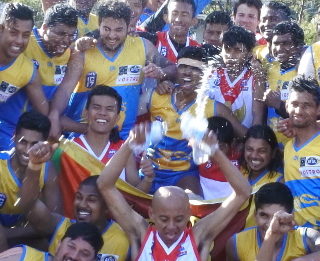 It was a freezing cold wintry day in Melbourne as Royal Park's Western Oval hosted the clash between the Indonesian Garudas and the Sri Lankan Lions in the 3rd / 4th playoff in the IC17 Men's Division 2. This match was tight and even from the opening bounce to the final siren with a point separating both teams at each quarter break and this was the margin at the conclusion of the match too - a remarkable scoreline throughout the battle.

The Indonesian Garudas started the match strongly with plenty of inside 50s, but they let themselves down in front of goal as they only managed the one goal from their six shots with near misses. Whereas the Sri Lankan Lions had less scoring shots than the Garudas but they made the most of their limited opportunities with two goals and led by a point at quarter time. The end of the first term was tight and even with scrappy footy from both teams and this was the tale of the remaining three quarters as well.

The second term began with the same intensity and pressure as the first with neither team able to trouble the scorers with a goal until about four minutes into the quarter. It was the Garuda’s who were able to break through with this goal, because they were able to withstand the tackling pressure of the Lions and kick truly with a major. The Garudas were on the wrong end of the whistle for the first half of the second term and their bench were bemused with the umpiring decisions that were going against their boys. Also the Garudas were tackling well in the second quarter, but were unable to string a few tackles together on the Lions who were hard to bring down. A highlight of the second term was from Damien Ratwatke who took a good chest mark in the forward line for them. Restu Ze Bua was the smallest bloke on the ground, but he did not let his size bother him, as his attack and hardness in and around the contest was second to none with him giving his all for his country. The Sri Lankan Lions were lucky to have a one point lead at half time over the Garudas, because they managed to slot through a 6 pointer just before the half time siren via Janahan Kumaralingam.

At the beginning of the third quarter the Garudas bench were trying to pump their boys up by chanting “Garudas”. The third term was goal for goal with both teams able to kick accurately. Both teams were tackling extremely hard and ferociously and the scoreboard was reflected of this, as neither team was able to lead by more than a point throughout the third. A highlight of the third quarter was a dribbling kick towards goal Eddie Betts style from a Garudas player, which was amazing to watch. Towards the end of the third it started to rain and the match became even tighter as it was wet weather footy. The Garuda’s had the slight advantage over the Lions by one point going into the final quarter.
It was wet and slippery to start the final quarter with neither team able to score in the early stages. The Garudas were on top early in the quarter with all the attacking play, but they were letting themselves down with there inside 50s and kicking at goal. So they were unable to get any reward for their effort. The Garudas tried everything to score a major and eventually their hard work paid off in front of goal as they were able to boot through the goal they longed for and they led by 9 points halfway through the last. After this goal, the “Garuda” chant began again as it did in the third quarter, because the Garuda’s were starting to take control of the match.
But they say that bad kicking is bad football and Indonesia's team would pay the price.  Unfortunately it seemed the footy gods were against the Garudas, because in the dying two minutes of the match Dexter Vanderwert was able to kick truly with a goal and then with 40 seconds left on the clock the Lions struck again with another major. This broke the hearts of the Garudas players who thought they were home with a two-goal lead with two minutes left, but it was just not meant to be.
The scenes after the match were contrasting from both teams with the one point victors the Lions filled with excitement and joy and the Garudas dejected who gave it their all. After the match the Lions were so happy and relieved to scrape through with their second consecutive International win over a bold Garudas outfit. The Garudas should not be hard on themselves, as all of their players played one hell of a game and did their country proud, so they should hold their heads up high tonight.
Full Time Score
Sri Lanka Lions 7.2 (44)
Indonesia Garudas 5.13 (43) 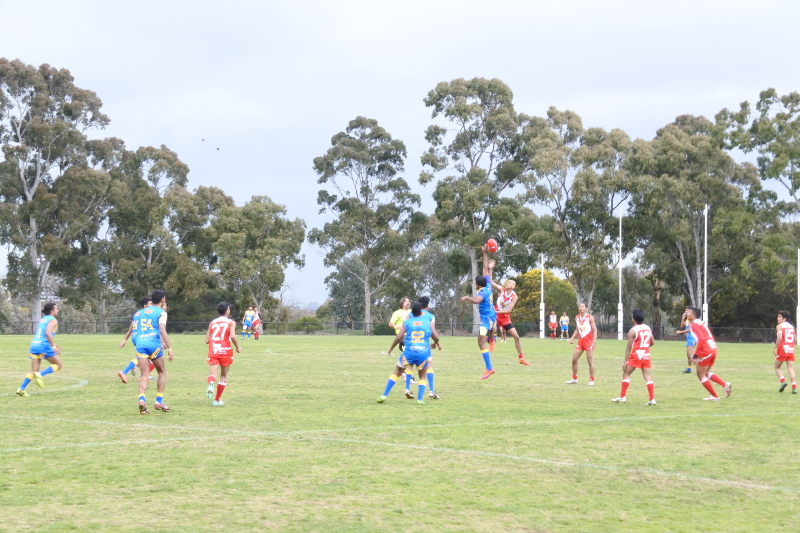 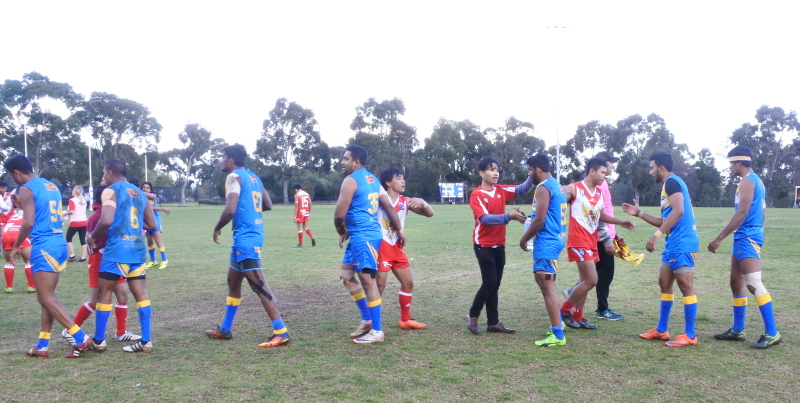 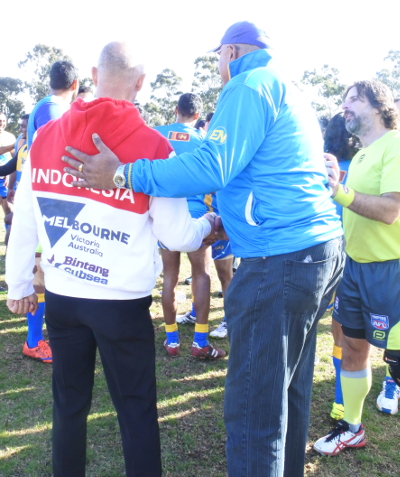 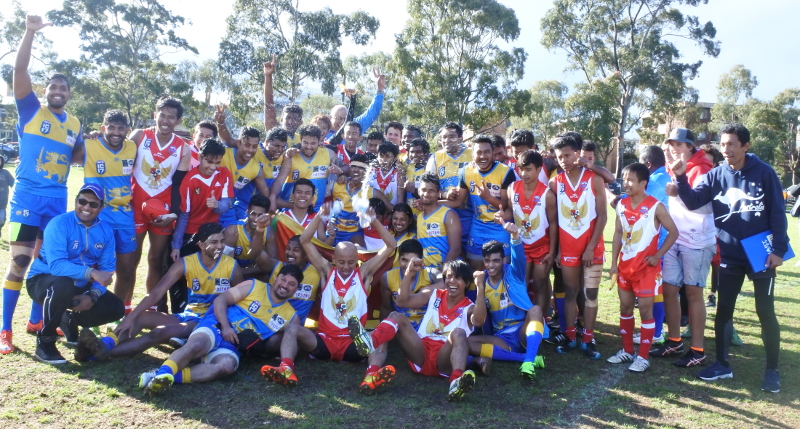