Canada Northern Lights Vice Captain Hilary Perry was interviewed in place of Aimee Legault, the Captain, who had possibly broken her right hand and was on her way to the hospital with the coach. The Alfa Ireland Banshees' co-captains Laura Corrigan Duryea and Onora Mulcahy were also asked their thoughts on the game. 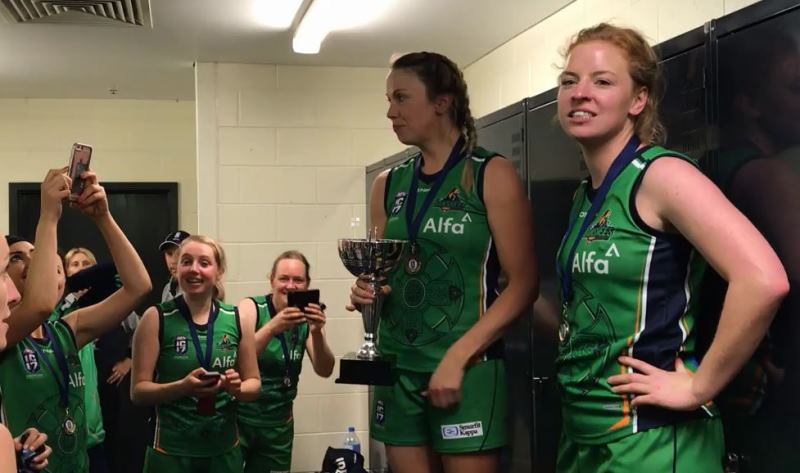 I think it was a really good game, I mean we knew Ireland would come out with some really good skills. They are a kicking and marking team and that’s what exactly they did in order to kind of dominate the movement of the ball. Our girls really fought through it. Love to see our girl’s push through push through and Ireland just a very skilled team.

Is footy growing in Canada?

Footy is growing in Canada, our national side has become quite competitive we had about 70 girls try out for our national team. We have about 250 girls throughout the country playing, it is slow moving but is growing every year and just trying to build up from the local level then feed it into our national level.

Probably not to our game plan initially we made it to the end. We made a tight game, but got there in the end. Pretty delighted with the win, so that’s it.

We knew what it would take to win the game, but we knew it would be a hard battle. But we thought we had a bit more in the tank than them so if we kept on persisting and laying hard tackles and trying to play to our game style. We knew we would get across the line.