The Danger Of Believing What You Read 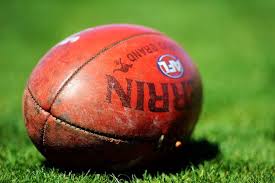 If you were to believe the comments of former St Kilda coach, Grant Thomas, the team with the worst list in the AFL just won the premiership. If you take the time to read further, across a variety of social media platforms, you can see that there is a Victorian bias in the draw and finals fixtures, particularly the use of the MCG as a permanent Grand Final venue. Former West Coast premiership veteran, Sam Butler, has stated as much.

Everyone is entitles to opinions, and past VFL/AFL players or coaches are in a uniquely knowledgeable position, being so close to the highest levels of the game. But it doesn’t necessarily make them right and a short look at some history and data can put things in a different perspective.

The AFL is constantly under fire for their efforts to even out the game. Strangely, I still remember people critical of the then VFL for not doing something about the “Silvertail” Carlton Blues when they could seemingly “buy” premierships. The poor old AFL/VFL cannot win here - they have either made it too even or not even enough. Classical “Goldilocks Syndrome” where to many it is never “just right”. From my position that view is distorted heavily by whether or not one’s own team wins a flag or languishes again outside the finals.

However, maybe a look at the competition since 1987 (the first year of national competition with the addition of West Coast Eagles and Brisbane Bears) and 1990 when it became the AFL – clearly delineating the move from state-based to national-based competition is in order.

Since 1987 there have been 32 grand finals. One was drawn (2010 – Collingwood v St Kilda), leaving 31 victories – 31 premiers. The breakup is interesting in that it still shows three clear things – firstly the spread of winners has increased which suggests the hoped for evenness. Secondly, there are still dynasties of footballing power for clubs well enough resourced, coached and managed. Thirdly, interstate teams have done very well in this era.

What has triggered the debate about a Victorian bias is that since 2013, five non-Victorian clubs, have been runners-up. Sydney (twice), Fremantle, West Coast and now Adelaide have fallen at the final hurdle. Though that doesn’t only imply bias. It also implies how good interstate teams are to get there. It raises questions of whether there was a bias against Geelong when they lost four flags in seven seasons from 1989 to 1995. There was no “bias” – they just lost to better teams on the day.

Extrapolating further, there is an argument (but a very, very weak one – except to Collingwood supporters) that the world was against Collingwood when they won no flags between 1958 and 1990 despite playing in eight losing grand finals in between.

If history teaches us anything it is that a season is played over 22 rounds to earn the right to challenge finals and from there the best drilled, skilled and committed team will win the flag. I have NEVER seen a club win the AFL premiership by accident.

There have been some that have questioned how it was that Adelaide was the undisputed best team in the AFL for season 2017, right up until 5pm on Grand Final day. The Tigers had no place upstaging the rightful premiers. Well, to those same Adelaide conspiracy theorists, maybe have a look at your own brilliant 1997 and 1998 teams. Neither was the best team all season, yet come finals time they defeated all to win both flags – after finishing the 1997 season in fourth place and fifth in 1998. Over the two years they won all but two of their finals matches interstate, and even lost a final in 1998.

Adelaide was on the receiving end yesterday of what they themselves achieved for their back to back flags in ’97 and ’98. Anyone game enough to ask will proudly hear that their list wasn’t the best in the league, but their preparation and momentum certainly was. That description fits Richmond exactly yesterday.

To the millions of list managers for AFL teams (and I’m one of them) who sit in judgement of how good a team’s list is – maybe consider this. There is no player drafted or traded to the AFL that cannot play. They are all elite, but the secret is how they are conditioned (physically and mentally), coached, prepared, nursed (through injury) and treated. This is where clubs with good coaching and off-field systems are successful.

After that the league has seen flags to Collingwood, Port Adelaide, Western Bulldogs, Richmond, Port Adelaide, Carlton. That is 13 of the 18 AFL clubs have won flags since 1987. If you remove the two newest franchises – GWS and Gold Coast – it leaves just St Kilda, Melbourne and Fremantle to have not won a flag, yet Fremantle played in the 2013 Grand Final, Melbourne in 1988 and 2000 and St Kilda in 1997, 2009 and 2010 (twice). The competition has certainly thrown open premiership opportunities for all clubs whilst retaining the ability to grow sustained success.

Taking that a step further, the period since 1987 has seen 11 interstate clubs win flags, 12 interstate clubs runner-up. Only three times were there two interstate teams competing (2004, 05, 06). This says that in a competition where roughly 45% of clubs are non-Victorian, they have won around one third of all flags and been in around two thirds of Grand Finals. A grand performance but not the once-feared interstate domination. All but one of those were achieved at the MCG, when West Coast lost to Hawthorn at VFL Park in 1991.

Therefore, data says that there is no AFL bias, even though it is perceived by supporters of almost all clubs. What the data does imply is that whichever clubs can put together the right personnel on and off the field, create club stability and build a healthy club culture will be successful.

And, like it or not, that is what Richmond did to win the 2017 AFL Premiership.

So when reading all of the articles and comments in the wash-up from yesterday’s big day (including this one), maybe it is wise to put emotion aside and look back through history for clarification.

Be careful what you believe.