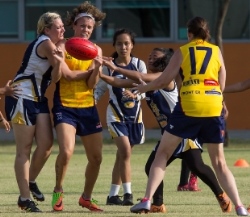 Great energy and atmosphere was created for the Australia Day match by playing music and providing a BBQ and beers for all to enjoy. There were cheer squads from their men's counterparts supporting the girls enthusiastically while they were playing hard on the field.

Approximately 120 people attended the memorable female footy match. The immaculate ground condition as well as its size and quality impressed the Malaysian club when they arrived, commenting that the footy field is one of the best in Asia.

Under the hot and sunny weather, the game started with both teams going hard at the ball. The Warrior Women broke the line not long after the first bounce, with their gun midfielder Lyndsay Clarke moving the ball quickly amongst their midfield down into the forward line. Clarke was able to get he job done with a ripping kick from an angle bringing her side a goal.

After the Warrior Women's flying start, Irish forward Karina Ni Mhuireagain scored a behind after breaking through the Apsaras strong defence. Finishing the first quarter, the Warrior Women led by seven points. 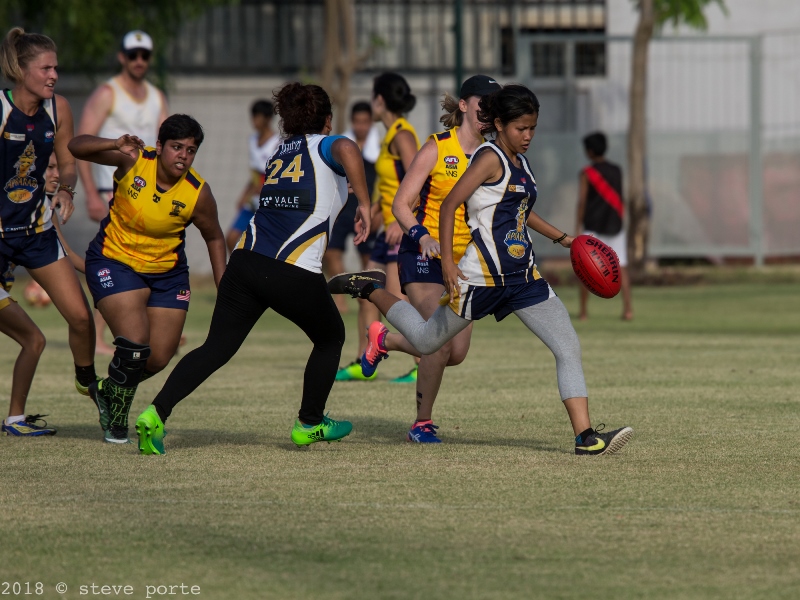 Tough contests continued in the second quarter as the ball was going back and forth. Both teams had scoring opportunities, but were unable to break their opponent's defence. Both coaches acknowledged the solid backline efforts of the Warrior Women formed by Jen Heal and Ling Teo who intercepted and sent the ball towards the forward line. The Warrior Women then went on to score another goal by the Irish forward Jennifer Ryan. Warrior Women's lead extended to 13 just before the main break.

The Cambodian Apsaras started positively in the third quarter. They gained more control of the ball and added more tackling pressure. The marking ability of the Cambodian Apsaras was precise and allowed for the Apsaras to take control of the game. Apsaras captain Hannah Slaughter and vice captain Neat Khin dominated the footy in the midfield, but the job was done by ruck-rover Sreymich Phat with some attacking footy and marking. A strong contested mark 20 metres out taken by the midfielder Sreylak Koun brought the Apsaras a much needed goal. Another three points were added by the hosts and then forward Sarah Pycroft kicked a quick goal from the goal square. The Cambodian Apsaras were in front by two points at the last break.

The Warrior Women showed their warrior spirit in the last quarter. They kept the ball in their forward line almost the entire quarter and put a lot of pressure on the Cambodian back-line, who battled hard with Sreyneth Chhan laying multiple tackles. Finally, midfielder Manisa McCalman picked up a loose ball after dominating the play and scored the winning goal. Her coach Andrew McGrath described the goal as the best goal in International football, Malaysia has ever seen.

The final siren sounded with the Warrior Women overjoyed by winning their first game. It was a great day for AFLW in Asia with the coaches of both teams impressed by the level of skill, determination and drive each player brought to the game. Well done ladies! 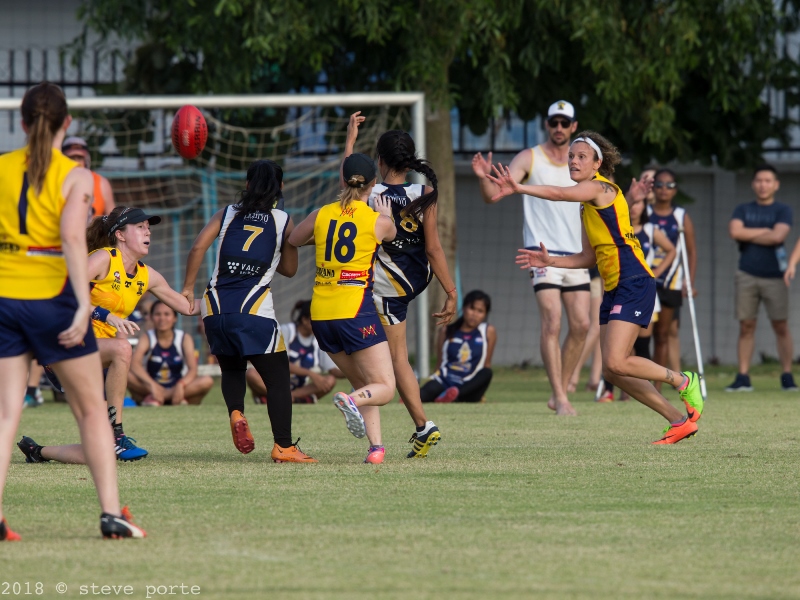