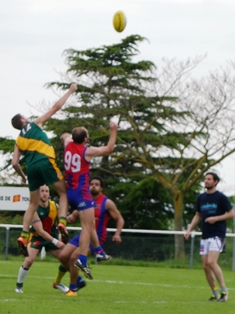 Harley Vague on tour in Europe gives us his observations and opinions on footy in France.

Yesterday Toulouse hosted an Australian Football double-header. The Blagnac Aviators from Toulouse played a catchup game against Les Coyotes de Cergy-Pontoise followed by the top of table clash in the Toulouse Hawks Vs The Paris Cocks.

It was a good time to reflect on Australian Football as played in France. I had driven 2.5 hours to Toulouse but that paled against the long journey of the players from the two Paris football teams who had rolled the dice with the striking SNCF railways and arrived.

The Toulouse Hawks play out of the university grounds but talking to a Toulsouse player they do not draw on students as players. All their players are working, They have to be, to be able to afford the transport costs associated with playing Australian Football in a national league of the size of France.

Much has changed in French football since I first witnessed the 2010 Coupe de France in Strasbourg. In 2010, There were fewer teams, less organisation, few umpires and less skill then. Whilst the CNFA has expanded by organic growth, AFL Europe has been responsible for raising umpiring standards and improving general organisation. The growth in the south of France has been instrumental in lifting competition and general football standards.

Unfortunately the whilst the growth of the national competition has been responsible for lifting the standard of French Football that can be seen by their improving International Cup appearances it has also seen the demise of some clubs. The Montpellier Firesharks and the Marseille Dockers are no longer.The Strasbourg Kangourous have returned to playing with their German neighbours. 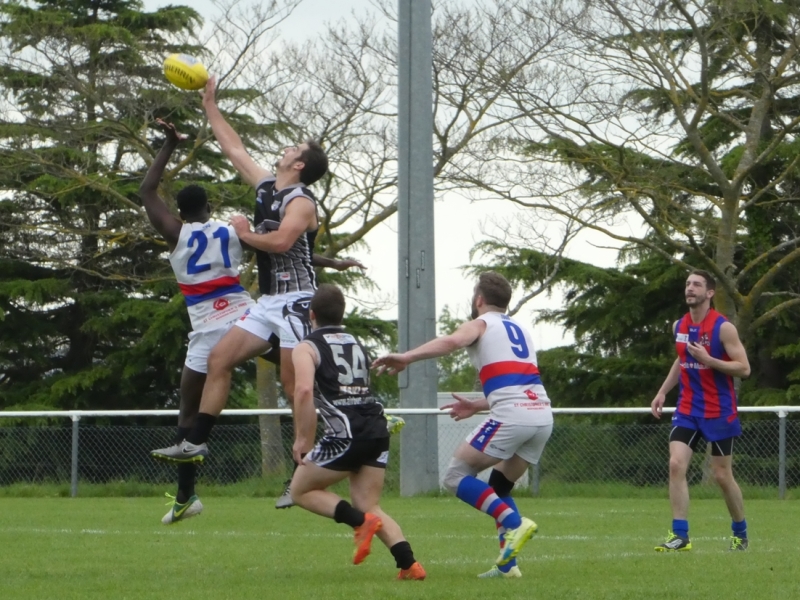 It is obvious to me that French Football needs one of two eventualities. French Football needs to develop metro football leagues to keep players longer and lessen the demands of travelling. At the moment the best candidates would be the large cities of  Paris and Toulouse. Perhaps Strasbourg could play more German football and return to the national league.

The other alternative would be for the CNFA ro receive some external support and we all know how likely that would be to happen.

Talking to players ifrom Toulouse I have no idea why Australian Football even exists here. AFL has dissappeared from French screens and most AFL activity is blocked. For example all radio on the internet is blocked during AFL games. The only way to catch some football viewing is to look at Youtube highlights. It is a catch-22 situation for the AFL, nobody is going to pay to watch AFL if they don't know that AFL exists.

I say quite often that every region is different. There are local circumstances that come into play. France is a very social counttry. Many people live in communes. Ok, they are not communist communes but local councils yet the communes do more than just the essentials - there is a lot of co-operation.It is possible to leverage some help occasionally. In france, when people 'bonjour' they are just not being polite in saying hello, no, it is almost obiligatory in celebrating being French. 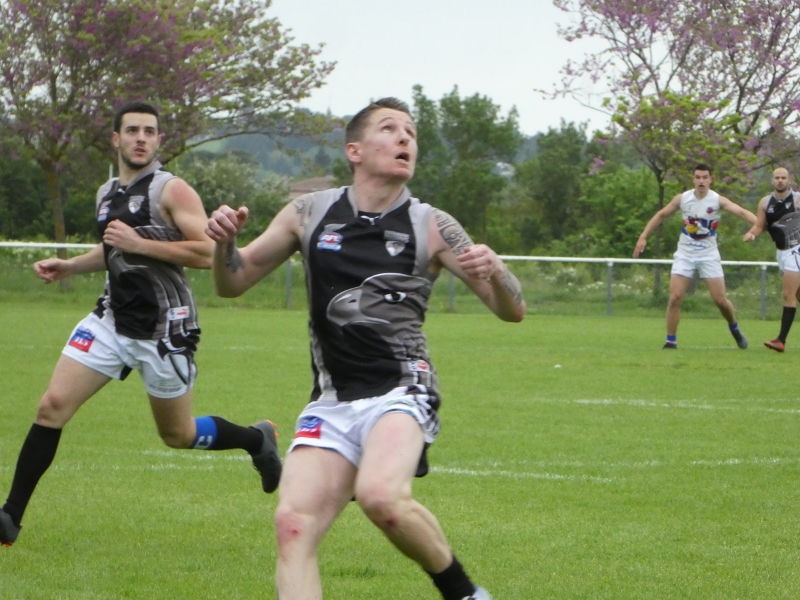 Back to the football. Les Coyotes de Cergy-Pontoise quite confortably accounted for the Blagnac Aviators. It was monster score by the Coyotes but the Aviators managed to post an otherwise respectable score in response.

Strangely, the score would have been considerably higher if both teams kicked more accurately. The second game was much more of a contest. The hosts, the Hawks, got an early break and kicked away, but in a purple patch the Cocks narrowed the gap to within string distance just before half-time. After the main break Toulouse was able to re-assert it's dominance.

When Australians learn that Australian Football is not restricted to the land of Oz they invariably enquire as to the standard. It's an unfortunate fixation of Australian Football and has resulted in the demise of some historic leagues by way of indifference. It is difficult to quantify 'standard'. Certainly a team with Australian representation usually wins because they kick longer and with greater precision but there are great examples in other areas. It goes without saying that most French players (especially from the south) tackle hard, bone-crunchingly hard. Somebody must be watching AFL and Richmond because I witnessed some of the best "don't-argues" outside of AFL.

Of course, the fend-off is also a familiar part or rugby. The surprise was marking. Some very good displays of marking. If I was a french skills coach I would target kicking. Most players are still kicking low on the point of the ball - rugby style. That's OK for passing but when when it comes times for the big roost, shots on goal go missing. One facet of playing the game here that probably goes unrecognized is the difficulty in reading the play. Under the grass is rock hard clay producing erratic bounces and the lack of football experience produces an air of unpredictability.

Merci, to all the people I talked to at the games.