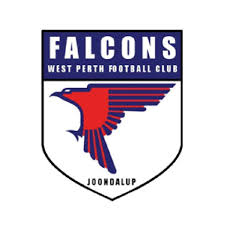 Sam Murphy’s journey from American football walk-on to state league Aussie footballer has been a fun and eventful odyssey. The ruckman from the Los Angeles Dragons made his debut two weeks ago for the West Perth Falcons in the WAFL, becoming the latest American to thrive in local footy.

Originally from Fairfield, Connecticut, Murphy spent most of his youth competing in American football and was a letterwinner at Fairfield High School. When his family relocated to Los Angeles, Murphy spent a year at the highly-touted Oaks Christian football program, which is known for sending players to national powerhouses like USC and UCLA.

Upon graduating, Murphy decided to walk on at the University of Connecticut as an offensive lineman. However, after a coaching staff change, Murphy decided to pursue other football opportunities, heading back to LA and transferring to Santa Monica College. At SMC, he played both tight end and defensive end, drawing some interest from several Division 1 programs, but never any official offers.

Soon, however, Murphy found a new outlet: Aussie rules. Interested in acting and modeling, Murphy began working for entertainment industry veteran John Fragomeni, who also happened to be the founding coach of the LA Dragons. Fragomeni, a Perth native who has lived in southern California for over a decade, was responsible for recruiting a large number of Americans to the Dragons in the early days of the club. Intrigued by the idea of a new sport, Murphy decided to give footy a go and began playing during the summer of 2016.
Using his natural height (6’5”) and athleticism to his advantage, Murphy managed to make a big difference in games, tag-teaming with American veteran Donald Lee to form a dynamic ruck duo. During this time, Murphy also got a few of his SMC teammates involved, including his roommate, Julien Mayeur.
Excited by the possibilities of Aussie rules, Murphy began exploring the chance to move to Australia to play. Fragomeni’s connections in Perth naturally led Murphy to try the WAFL, and eventually, the West Perth Falcons were the club that decided to take a chance on the youngster. Murphy moved to Perth in November and began training with the Falcons straight away.
Murphy was finally able to offer a big return on West Perth’s investment in Round 11 of the 2018 WAFL season. Playing for the Falcons’ reserves squad against Claremont, Murphy collected a mark, two disposals, 11 hit-outs and six tackles. In addition, he’s also been able to grab a few games for the Whitford Warriors in the WAAFL.
Ultimately, Murphy has joined a growing list of gifted Americans who are making a big impact on the great game of Aussie rules. It’s very exciting to see the USAFL continue to develop strong ties to local and state-level clubs across Australia -- a great opportunity for all involved.