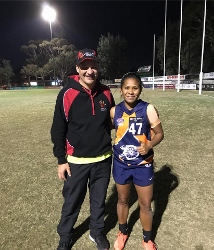 Matelita Tuilevuka left her home in Suva, Fiji, to chase a dream of her own. As soon as she heard about the CrossCoders Program last year, ‘Martz’ was inspired after cutting her teeth in the game of Australian Rules football playing for the local Suva Cats.

Before getting into her own story, Matelita addressed the nickname, ‘Martz’. “I think owing to the fact that some Fijian names are often laborious to pronounce, my family and friends settled on that because it was easier to scream, ‘Maaaaaaaaartzzz!’ Screaming like that happened quite often because I was always running off somewhere!”

Matelita, like most Fijian kids, loved her sport. “Originally, I was a long and medium distance athlete in Fiji high school athletics. I got a few gold medals from there but I did not think of pursuing athletics further.”

It was a little while before Australian Rules football would appear on her sporting radar.

“Footy used to be broadcast over Fiji’s free-to-air channels so that’s where I first started gaining an interest in the sport. I’ve always had a morbid fascination with contact sport but I’ve always looked at Aussie rules footy as a bit alien because we knew so little about it in Fiji.”

She was not alone in questioning the need four posts instead of two, playing a sport on an oval instead of a rectangle and passing the ball funny (handpassing).

“I’d never for a moment before thought that I would actually play footy until one day I received a random message from a friend asking me to try the game out. I was not disappointed. I began with curiosity. In the end, I was absolutely exhilarated. It was fun to play and safe. I loved it.”

So began a love affair with Australian Rules football that has seen Matelita head from Fiji to Melbourne to try her hand at the game at the highest level for women – the AFLW.

Inspired heavily by her hero, Western Bulldogs full-back Lauren Spark – who saw her own journey to the big time take her via the Wimbledon Hawks in the AFL London women’s league - Matelita knew that there would be sacrifices needed to pursue her own dream.

Whilst Matelita missed out of being drafted to an AFLW club through the CrossCoders opportunity and subsequent draft, the experience has been invaluable. Returning to Fiji, Matelita spends her time “playing for the Suva Cats club and I love to play in the midfield because I get to run around a lot.”

“Cross-coders has really helped me in footy and I am absolutely grateful for the opportunities that I have been provided. I have plans to represent Fiji again at international footy tournaments and hopefully one day, play professionally in Australia.”

There is no doubt that Matelita will return to Australia as a part of the next IC20 in Melbourne as a key part of the Fijian national women’s team. Until then, she is honing her own skills back home but also sharing her CrossCoders experience and skills with everyone from kids to more experienced teammates. 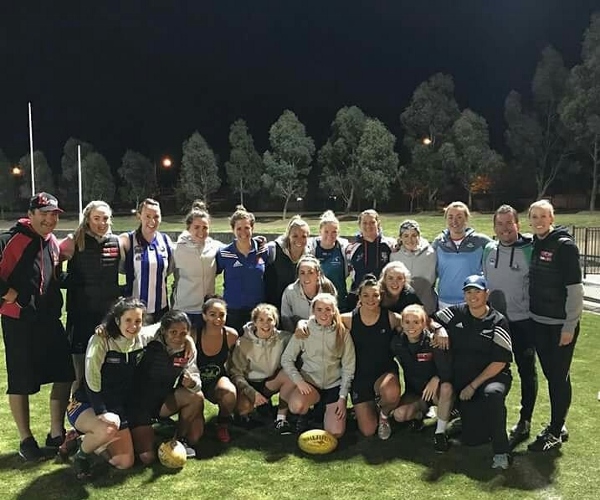