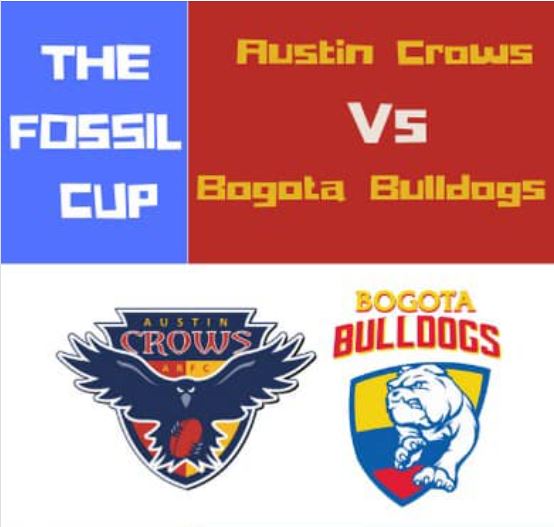 Football networks have formed a world wide web of their own.  It was really the growth of the internet that allowed expats to make footy a reality outside Australia as they found each other and were boosted by new footy lovers who also used the boundless information on the game on their computer screens.  The growth is far from over though and there are plenty of new connections to be made.
One of the most inspiring this year is the Bogota Bulldogs who have reached out to North America, and this past weekend were visited by USAFL powerhouse team the Austin Crows. Regardless of the result the Crows should be lauded for travelling down to Bogota.  While they were there of course they claimed the "Champion of the Americas" title with the Fossil Cup.
The locals left gave their all on the field against the reigning US champs and came out the other side holding their heads high. And overall the club were great hosts, and setup a great schedule of social and cultural exchange that should encourage other US teams to make the journey to the southern continent.
The Bogota "Wujeres" women's team is growing and the club is looking forward to their next web building experience playing against the Denver Bulldogs in men and women's competition on the weekend of May 18th.
Final Scores (From Austin Crows Facebook)