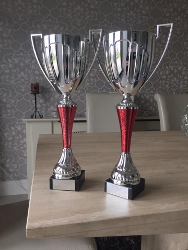 This Saturday, Meadowbank Sports Arena, Magherafelt, plays host to the Mid Ulster Men’s and Women’s 9 per side AFL tournament. The initiative continues to grow and is as much about a tactical tool to grow the game as it is about fun.

AFL Ireland President, Kevin McSorley detailed the tournament and its place within the framework of Australian Rules football in Ireland.

“The tournament will have four ladies teams – the West Lothian Eagles from Scotland, the Mid Ulster Suns Ladies, the Dublin Angels and a Donegal team, with any ad hoc players wishing to come as an exiles team or make up numbers for the others. The men’s draw will have three - the Galway Magpies, the Belfast Redbacks and Mid Ulster Suns.”

“The tournament is to promote the game for men and ladies in the Mid Ulster area and we have been kindly donated jerseys from the Gold Coast Suns via AFL Europe. The aim is to host a 9’s tournament to continue the domestic season here, aid networking of players and committees, and a competitive round robin blitz day with a social at the end.”

“This will serve to help the international coaches Mick and Brian Currane look at players from men’s and ladies’ [teams], breed new players, develop the game and kick off the newly planned winter 9’s across Ireland.”

“The plan over winter is for clubs in the four corners of Ireland to sub divide into smaller 9’s teams and play a winter league internally, this will help with player growth, retention and skill progression. It will also help the Redbacks on their quest to go one better in this year Champion’s League.”

“The hope is eventually the Mid Ulster men’s will enter a full team into the domestic league and grow.”

It promises to be a huge but enjoyable weekend coming up for all involved and a very big day for the future of footy across Ireland.