The Hamburg Dockers Australian Football Club is the toast of the AFLG and German footy overall after both their men and women won their respective Grand Finals to claim two premierships on a great day for the club. Sadly, the Berlin Crocs were on the receiving end of both defeats and will lick their wounds over the off-season whilst the Dockers celebrate.

The men’s match, the Dockers set the tone of the match early, getting away to a two goal lead at the first break. By half-time, they had kicked away to a 21-point lead, keeping the Crocs goalless for the quarter.

By three quarter time, the Dockers had almost grabbed the premiership, despite a fightback from the Crocs. The lead at the final change was just 14 points, and if the Crocs could build on their third quarter momentum they could bridge the gap.

However, the Dockers would have none of that and refused to give any ground, going on to take the AFLG Premiership by 19 points.

The final score saw the Hamburg Dockers 9 6 60 to Berlin Crocs 5 11 41. The Crocs ended up with more scoring shots, and actually won the second half. But, it wasn’t enough. Instead, the Dockers went on to claim back to back flags.

The women’s Grand Final saw the Dockers come from behind to claim their flag. The Berlin Crocs held a seven point lead at the half-time break. However, the Dockers unleashed a seven goals to one second half to run out comprehensive 28-point victors. It means that the Hamburg Dockers women’s team are the inaugural AFLGW champions.

It was a big day for the Hamburg Dockers and the club has now set a high bar for all other teams in both men’s and women’s footy. All other clubs have an off-season to ponder how to bring down the Docker behemoth.

It was certainly a great day of football in Cologne, but an even bigger one back in Hamburg once the victorious teams returned home.

Attention now turns to the German Eagles men’s and women’s teams as they prepare to head to Wimbledon Park in London for the 2019 European Championship to take on the best teams from across Europe – both national teams and a couple of London clubs. 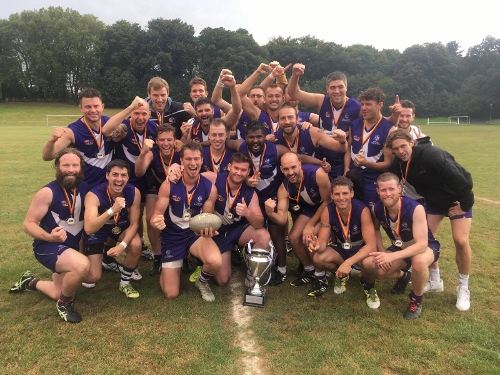 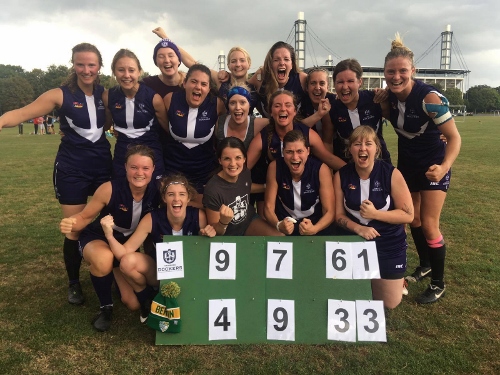