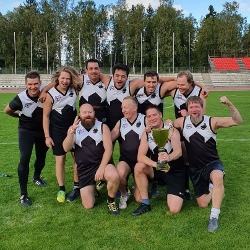 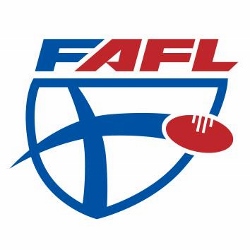 In Finland, there is a new power back in town. The 2019 FAFL premiers, the Turku Dockers, have broken the four premiership streak of the Helsinki Heatseekers to be crowned Finnish premiers. It is the fifth flag for the Dockers, equalling the tally of the Heatseekers. The Waasa Wombats have a title, winning back in 2011.

The victory is even more joyous as the club has had some tough times in recent years, so to come back from those setbacks and take a premiership speaks volumes for the players, club, supporters and backers who had stayed the course and rebuilt the club.

Heading into their Grand Final, The Turku Dockers had met the Helsinki Heatseekers on three occasions across the season. Helsinki won their Round 1 clash by 18 points, and later in Round 3 by a narrow three points. But in between, the Dockers won their Round 2 encounter in Turku by 27 points, which in retrospect might have been a pointer to their premiership win.

The match started with a rampaging Docker’s outfit hammering home the first four goals of the match. Already, the Dockers had built a wall that would be difficult for the Heatseekers to climb. Things got tougher in the second quarter as the Dockers broke out to a match high 39-point lead before half-time.

From there the game changed and became a battle of attrition. The Heatseekers gradually clawed their way closer, but never enough to threaten the Dockers, with the delighted Turku team running out convincing 31-point victors.

The Dockers will have partied hard in celebration. Now comes the time to rest and recover before beginning the process of a title defence in 2020. Both the Dockers and Heatseekers are now locked on five flags apiece, so neither will want the other to get an advantage.