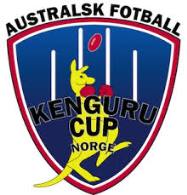 The AFL Norway Kenguru Cup comes to its conclusion this weekend in Voldsløkka Idrettspark (Oslo) when the As Battlers take on the Oslo Crows in the hope of reclaiming the title. Having won the minor premiership after the four rounds of the Kenguru Cup, the Battlers go into the Grand Final as favourites, but nothing is certain.

Across the four rounds this season, the Battlers won the opening two matches comfortably, setting up a feeling that Oslo would have to improve dramatically. But, they did. Round three saw the Crows get out to a 15-point lead over the Battlers before being run down. Then in Round 4, the Crows held on for a 3-point win in a very tight battle.

It suggests that whilst the Battlers still deserve slight favouritism this weekend, without doubt the Oslo Crows are coming for them. Form is a great thing and as it stands, the Crows are in arguably their best form for the season.

Three wins from four and a narrow defeat would suggest that the As Battlers have been consistent this season. However, it remains to be seen whether or not that consistency can withstand the pressure of a Grand Final where both teams will play as if there is no tomorrow.

The Crows also have the advantage of being title-holders and with that comes the mindset that they currently hold the title and it is up to the Battlers to take it away.

It promise to be a fascinating Grand Final – possibly one for the ages – as the two Norwegian teams lock horns, each with a point to prove.