Santiago Saints Down Bogota Bulldogs For Their First Andes Cup 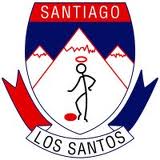 The Chilean champions, the Santiago Saints, have caused an upset of sorts by downing the titleholders – the Bogota Bulldogs – to win this year’s Andes Cup. The match, played for the first time outside of either competing team’s country, was played in Lima, Peru.

The Bogota Bulldogs acknowledged the Saints’ win on their Facebook page. “A huge felicidades to the Santiago Saints AFC for winning their first Andes Cup. We were pumped to field a majority non-Australian team for the first time and to have our Wujeres play with the commitment and passion we’ve come to expect from the doggies. Let’s hope both clubs continue to grow the great game in South America and we make it a little more competitive next time.”

Since arriving on the South American football scene, the Bulldogs have become the dominant force on the continent. However, each result has been the product of a tough game and the Saints always in the mix. Now they hold aloft the Andes Cup, which is the pinnacle of success for Australian Football in South America.

Whilst the structured of the Bulldogs’ team was different to previous years, with a different ration of local players compared to ex-pat Aussies, they won’t use that as an excuse. The fact is that the Santiago Saints had the perfect storm – ambition, determination, preparation and a team of hungry, well-drilled players. In the end, they walloped the Bulldogs by a huge margin of 118 points.

The match continued the history of Andes Cup matches between the two teams from Chile and Colombia. However, the biggest winner might well be the football scene in Lima. There have been rumblings of interest for some time in growing a team in Lima. Holding the Andes Cup in Peru’s capital has allowed locals to be a part of the event and, most importantly, showcase the game to locals in Lima. It will be interesting to see whether or not the game takes root in Peru in the wake of the Andes Cup