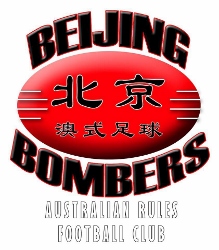 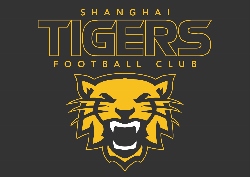 In a footy world where some leagues have been dominated by particular clubs over long periods of time (think Paris Cockerels, Manchester Mozzies, Dubai Dragons), it is refreshing to see a competition that still sits on a razor’s edge after 17 years. The biggest match in China has been the China Cup between the Beijing Bombers and Shanghai Tigers since 2003.

Last weekend, the Bombers downed the Tigers by a whopping 101 points. It was a surprise result in that the margin was unexpected. However, the result also brought the rivalry even closer as little now separates the two teams over the life of the cup.

Heading into the final match of 2019, the Tigers held a 7 to 6 series lead since 2003. With the Bombers winning last weekend’s match, and the Tigers winning earlier in the year, the wnnner for 2019 is still to be determined. If the result comes down to goal difference over the matches, the 101 point win will see the Bombers crowned 2019 champions and a seven all series tally.

However, with the Tigers winning both the China Cup matches they played in a round robin earlier in the year. If two wins to one counts, then it is the Tigers for 2020. But as the word from the Beijing Bombers states, regarding the confusion, “we’re in unchartered waters”.

In time that decision will be made and honours awarded. In the meantime, the competition between these two Chinese teams remains tight year after year. That is something a little unusual to have two teams so relatively closely matched over 17 seasons. Much is driven by pride and desire, as in any competition, but this rivalry remains one of the most engaging – possibly in the whole world of Australian Football.

One thing, however, is certain. Neither team can wait for the 2020 season to begin.

UPDATE: Information from the Shanghai Tigers president, via AFL Asia is that on the basis of having won two of the three games played against the Bombers in 2019, the Shanghai Tigers are the title winners of the China Cup. This makes the result of series since 2003 an 8 to 6 total in favour of the Tigers - inching them a little further ahead of the Bombers - but not by much, meaning their rivalry remains one of the most hotly contested in world footy.