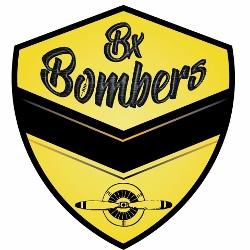 The Bordeaux Bombers have had a delayed start to the season – partly due to postponements, partly weather – and have had to wait until Round 3 to take the field and begin their 2019/20 campaign.

However, the wait was certainly worth it as the Bombers held on for a narrow two-point win against the in-form ALFA Lions in Lyon. In a game described by the Lions as “a game of huge intensity”, which remained “intense to the end”, the Bombers have made it one win from one game and a positive start to the season.

It was a surprise loss for the Lions – a home match and coming on the heels of a record victory the previous match. Certainly, it raises the question of consistency for the Lions and this will need to be addressed when teams return to the fields of battle after the winter break. The Lions have a huge percentage, but now sit with just one win from three matches and will need to come back hard after the break.

The Bombers, on the other hand, will almost play a whole season after the break – playing postponed matches as well as their remaining draw. They have a huge chance to build more wins and challenge seriously for the finals – especially given they have three home matches to come and two of their away games are relatively close to home in Bayonne and Toulouse.

The other match of the weekend between the Stade Toulousain “Noir” and “Rouge” teams did not go ahead as planned and will be played at a later date.

Next weekend is the final two matches of Round 3 ahead of the break that sees teams return in early February. The local derby between the Paris Cockerels and Cockatoos will be a highlight, and a hugely important game for both teams and their finals chances. In the other match, the Bayonne Toreadors have a huge chance to galvanise top spot when they host the Antony Blues.