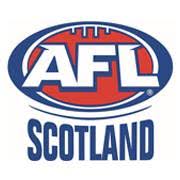 The Scottish city of Stirling is not a place that rears its head in conversations about football – until now. Almost equidistant between Edinburgh and Glasgow, Stirling has just been announced as the venue for the next AFL Europe Euro Cup in 2020.

The city is far more famous for Stirling Castle, and William Wallace’s defeat of the English. However, for one glorious weekend next June, Stirling will entertain the cream of European Australian Football.

The club does not boast its own club in the AFL Scotland SARFL league, but that may well change after hosting the premier nine per side tournament. Converted fans and curious onlookers will descend on Stirling and if all goes to plan a whole new batch of recruits, administrators, sponsors and fans will work to ensure the game remains in the city long after the event is over.
According to AFL Europe, the success of this year’s summer Euro Cup tournament, played in Norrtälje, Sweden back in June has seen Scotland become a viable host for the event. Like Norrtälje, the city “can enjoy warmer weather and longer daylight hours in the gateway to the Scottish Highlands.” These are huge factors in scheduling the event on Scottish soil again. The capital city of Edinburgh hosted the only other Euro Cup in the country back in 2012.

When interviewed by AFL Europe, David Baldie – president of AFL Scotland stated, “We can’t wait to bring footy to the locals of Stirling and introduce them to both the sport itself and the AFL Europe community. This could be exactly what we need to get a new AFL Scotland club up and running in the area.”

“Alongside AFL Europe we’re aiming to put on a great event and ensure everyone has the best experience possible. In what is sure to be an exciting year, we look forward to hosting not only some great games of footy, but also giving everyone a flavour of what Scotland has to offer.”

The tournament will be played at the Stirling County Rugby Club on June 6th next year. For more information, contact AFL Scotland or AFL Europe.