The 8th National Championships this year featured the two finalists as well as the Kerala Bombers, Bihar Bulldogs, Odisha Swans, Maharashtra Giants, Tamil Nadu Kangaroos, Telangana Saints and the Andhra Magpies - the team for the 10th Indian state to take up the game.

The following video clip gives a small sample of one of the games played over the two days of the event.

[youtube:lkEVVhO-Ncc]
Amongst the sponsors/supporters for the event was the Essendon Football Club, which has long been involved in the development of the game in India and keeping a watchful eye on its progress.

The game of Australian football has grown tremendously since the first incarnation of the championships in 2013, with the standards of play having improved exponentially over that time. 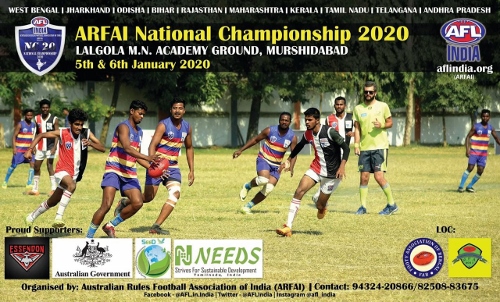