Not Within A Bull’s Roar – AFL Middle East 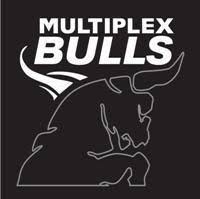 Heading into the penultimate round of the AFL Middle East season, the Abu Dhabi Falcons had to down the Multiplex Bulls for a chance at the minor premiership. The Dubai Dingoes had to upset the Dubai Dragons for a chance to avoid the wooden spoon.

Instead, the Bulls firmed for premiership favouritism by downing the Falcons down in Abu Dhabi by 63 points. Likewise, the Dubai Dragons proved that they are far from removed from premiership calculations by hammering the Dingoes in Dubai by 116 points.

The match in Abu Dhabi saw the Bulls get away to a strong start, leading by more than four goals at the first break and going on to record a 12-goal opening half and lead by almost seven goals. The game wasn’t over, but the Falcons would need to find something otherworldly to bridge the gap, which they couldn’t.

The Dragons kicked seventeen goals to one in the opening half of their game against the Dingoes. A 96-point half time lead suggested all sorts of cricket scores to follow, but the second half was tighter. Whether or not the Dragons took their foot off the gas, or the Dingoes rallied is probably now a moot point with the Dragons now sure of a finals berth.

The final round of the season is a double-header at The Sevens Stadium in Dubai. The Dingoes will host the Falcons in an important game for both teams. A win for the Dingoes will salvage some pride after a season that promised much before falling away. The Falcons can get back to the task of securing second place on the ladder as they prepare again for finals.

The Multiplex Bulls have secured the minor premiership barring the improbable. However, a win against the Dragons will again boost their confidence and a mental edge over the Dragons.