Will Cairns Get Coronavirus Lifeline? 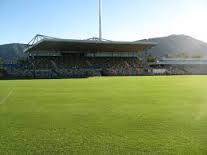 As the AFL grapples with the magnitude of the current Coronavirus pandemic, moves are afoot in Cairns to relocate the proposed China match to the northern Australian city.

The Round 12 clash between Port Adelaide and St Kilda was again scheduled to be the showcase match in Shanghai as the AFL continues to grow the Chinese market. However, the spread of the disease across China and the world has alarm bells ringing in all spheres of life, including football.

Whilst the AFL is yet to make a decision on whether the Shanghai match goes ahead, the league is in negotiations with alternative venues to host the game. Whilst there are likely to be other major AFL venues available across that weekend, notably May 31st which was the scheduled date of the clash, Cairns is seeking the opportunity to act as the new host should Shanghai lose the match.

According to the Cairns Post, AFL Cairns is seeking funding options now to go to the AFL with an AFL standard venue and financial clout to bring premiership matches back to the city.

Cazalys Stadium in Cairns lost their annual premiership match after a sodden match between the Gold Coast Suns and North Melbourne back in 2018. Since then the AFL has allocated the match to Townsville, played at Riverway Stadium.

The Cairns Post report that $800,000 is needed for the AFL to consider the move. Tourism and Events Queensland, AFL Cairns and the Cairns Regional Council are working now on seeing what money can be allocated to make the move.

The AFL is likely to announce this week, possibly as early as today, their decision to cancel the Shanghai match. A move to bring the game back to Marvel Stadium is possible, but the loss of revenue, especially for St Kilda, makes Cairns a much more attractive option.

AFL Cairns will hope to reignite their role as an annual host of AFL premiership matches. After hosting a VFL match between the Gold Coast Suns and Bendigo Bombers in 2010 – as well as many pre-season games prior to that – the venue hosted Gold Coast, Richmond, the Western Bulldogs and North Melbourne from 2011 to 2018. After a year off, Cairns would be delighted to be back in the big league again – this time, they hope, to stay.

The impact on the AFL’s investment in China will be severe and has the potential to set the program back for longer that this year, pending the path of Coronavirus, investment and local interest. However, for Cairns, it could be the lifeline they were hoping for.

Should Cairns host the game, and pull a large crowd, the AFL will certainly look more closely at giving Cairns more games, possibly in unison with Townsville. If, however, they cannot get a large crowd with a lifeline like this, it will make it harder for Cairns to regain permanent premiership games.

With Jack Bowes, Jarrod Harbrow, Jacob Heron and Caleb Graham at the Gold Coast Suns and Charlie Dixon at Port Adelaide, Cairns is well represented at the highest level. Many of those players gained closer exposure to the big league through the premiership games in the city. Current AFLW players Elisha King and Kitara Whap-Farrar are also Cairns products.

It is now in the hands of AFL Cairns and its partners to find the necessary funding, and the AFL to make a decision initially on the future of the China match this year and should it be cancelled, the alternative location for the match.