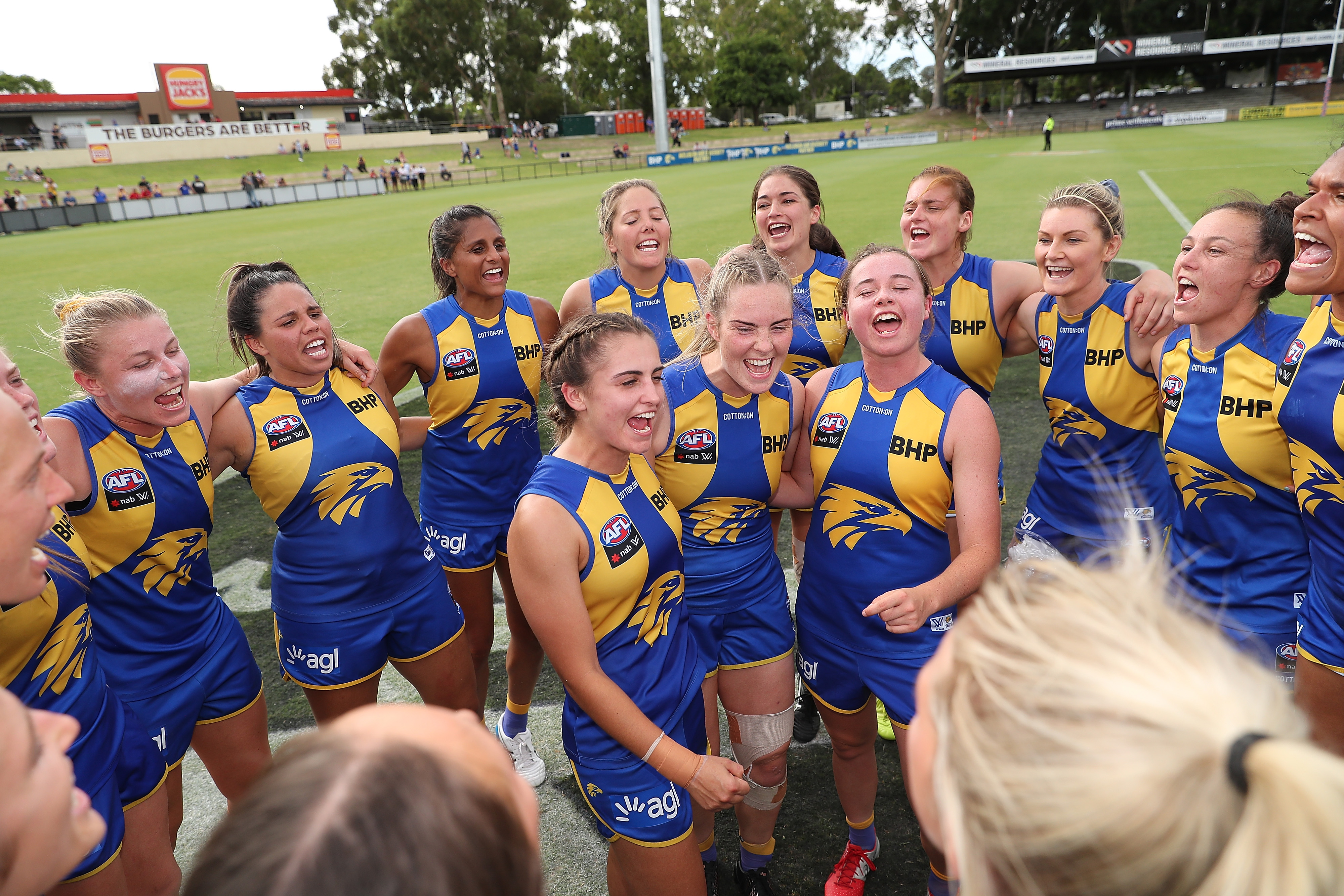 West Coast Eagles proved too strong for Geelong, after some second quarter brilliance from Indigenous woman Imahra Cameron steered her side to a massive 39-point victory at Mineral Resources Park on Monday twilight.

Cameron nailed through three goals in six minutes and this quick succession of goals helped to establish the 8.5 (53) to 2.2 (14) win at Perth.

It was a happy monday for the Eagles, but a sad one for the Cats as they are still without a win after seven matches and the Eagles have recorded two wins this season.

It was Cameron's best match of the season, as she everything she touched was quality.

She only had six disposals for the match to go along with her three goals.

On the Irish front for the Eagles, sisters Grace Kelly and Niamh Kelly were lively with two goals each.

It was an impressive showing from the Irish sisters, but it was bittersweet for Grace as in the last term she was helped off the ground after scoring her second goal with what looks to be a groin injury after.

A day out for Eagles captain Emma Swanson, she finished with 21 disposals, 10 kicks and eight tackles, but she will be waiting nervously this week after she some rough conduct.

For the Cats, Amy McDonald gave it her all and accumulated 24 disposals, 11 kicks, six tackles and a goal.

The Eagles were never challenged all match despite neither team able to score a goal in the opening quarter, but the Eagles made sure this changed in the second quarter with four goals to blow the match well and truly in their favour.

After the second term, the Eagles did not take their foot off the accelerator scoring two goals apiece in the third and final quarters and restricting the Cats to two goals for the entire match.

The Eagles defense was solid all match and the Cats could not get any momentum to go their way.

This could explain why the Cats led the turnovers 59-48.

Despite the Cats leading the clearances 25-21, they were unable to capitalise from their slight clearance lead.

With two rounds left, Geelong look likely to finish bottom of the ladder, as they have the GWS Giants on Saturday afternoon at GMHBA Stadium and then the Gold Coast Suns.

Meanwhile, West Coast could win back to back matches for the first time this season when they come up against Richmond next Sunday afternoon at Swinburne Centre.