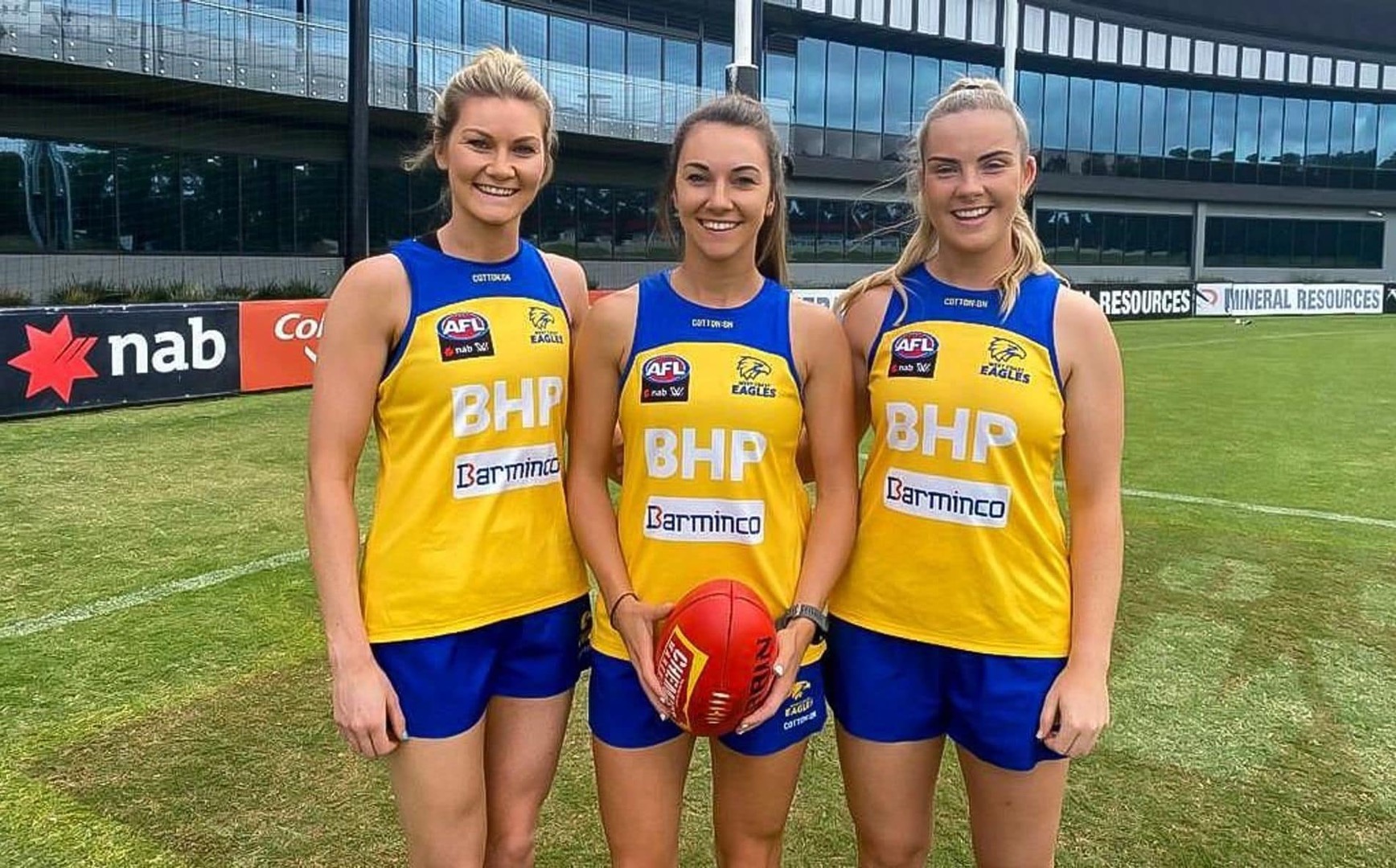 No international players in this match.

Cora Staunton, #13, had another stunning game with three-goals. She looked in good form and her skill un-affected by the torrential downpour, with the wet just allowing her a little more creativity on the field. When the ball hit the ground in the fourth quarter, she looked more a soccer player than a footy player, dribbling the ball not once, not twice, but rather three times before kicking a shot off the ground for her third goal of the day. It was really a game that favored Staunton’s bodywork, creativity, and knowledge of the game. She played further up the field, and was a commanding presence and constant threat on the forward line.  While only the second game of the year Staunton has slotted a goal, in her 28th game she scored the 180th point of her AFLW career.

Aileen Gilroy, #8, made her presence known on the defensive line once again. As always, her stats do not reflect the impact she had for her team, in the defensive wall. Her second efforts in the defensive fifty, and refusal to give up on a play directly stopped several goals. In the final quarter, a Bulldog intercept mark put a ball into the fifty while most the Kangaroos were transitioning forward. The ball was played over the last defender and it appeared the Doggies may have an uncontested play at goal. Gilroy came from the otherside of the fifty arc, with a longer run at the ball, and ran her guts out, bumping the forward out the way and rushing the ball over for a behind. Her speed, read of the play, and determination snuffed out a potential come-back for the Bulldogs.  At the end of the game, Gilroy had four intercept possessions, one score involvement, two marks, and two tackles.

Danielle Marshall, #26, started in the forward line, and appeared to rotate in to give Moody a break at ruck. Split between the two positions, and playing less than half the match, we didn’t see much of Marshall. But when we did, she was working hard to make supporting runs and put pressure on the ball in transitional moments. She finished the game with three disposals, one tackle, and one inside fifty.

Ailish Considine, #16, was omitted but listed as an emergency.

Niamh McEvoy #17, was omitted but listed as an emergency.

Lauren Magee, #26, came into defense from the interchange again on Saturday. Her performance was night and day from her debut in Round 4. Watching her around the contest, you can see her confidence has grown as she backs herself to make the play and attack the ball. Her speed and ability to take the game on will only continue to have an impact as her game experience grows. She ended this game with six disposals, showing off her long boot with five kicks and two inside fifties.

Sinead Goldrick, #23, played across the half-back line again on Saturday. She continues to attack the play, stepping in front of the contest and her tenacity has become expected for the Demons. She brings the ball to ground, then never gives up on it. Using her speed and physicality to stay with the play, harry the offense, until her team gains solid possession. It was a quieter game, in terms of stats for Goldrick, but you could see her working to keep her player shutdown. Overall, the Demon defense and pressure performed admirably against a tough Crows side.

No international players in this match.

Orla O’Dwyer, #9, continues to impress on the wing for the Lions. Her pressure, ability to hold space, and ability to cover the length of the field prove valuable. She had a career high of five tackles this game, really demonstrating her ability to transition well and attack the play. She ended the game with eleven disposals, three of which were rebound inside-50’s

Sarah Rowe, #7, is still out due to her shoulder injury, but by all accounts had a solid game in the VFLW.

Aishling Sheridan, #14, scored half of the Collingwood goals on Sunday and her tenth goal in the AFLW. As always, she was dangerous in the forward line. Goal one game in the first thirty seconds of the game. With the ball bouncing near the hotspot, Mikala Cann picked it up and fed her a handpass for an easy shot on goal. Goal two came in the top of the fourth quarter, to give her team some hope at a come-back. With the ball in contest near the boundary and about 30 meters out from goal, Sheridan put a bump on O’Dwyer and took possession of the ball, driving towards the goal and drawing a free kick for high contact. With confidence, she took the shot on goal and slotted the ball through for six points and her tenth goal in AFLW. Her forward pressure and physicality continues to impress, and she recorded a season-high of four tackles and five score involvements.

The Irish trio have come alive on the West Coast. Round 7 being the second round that all three were named in the best for the Eagles.

Niamh Kelly, #12,  appears to have fully recovered from her brutal finger injury and was ready to attack the game, with four marks, two goals, three tackles, and eight score involvements. While she may have started in the forward line, she could be seen all over the field. From helping the ball exit the defensive fifty to being a target in the forward fifty, there was nowhere on the field that her speed and attack on the ball didn’t have an impact for the Eagles. She took on the game, playing-on from marks, evading tackles, and moving the ball up-the-field. With a career high of 18 disposals, Kelly demonstrated her versatility on the field. Her efforts provided her team a lift in the game.

Grace Kelly, #15, also had a record two goals and one behind, with a total of seven score involvements. Her positioning to support her team and provide a target in the forward line continues to improve, as demonstrated by her impact on the scoreline. Like her sister, G.Kelly’s speed and attack on the play keeps the ball alive in the forward line. It is definitely rewarding to see the Kelly sisters setting each other up for goals.

Aisling McCarthy, #11, was as solid as ever on Monday night in the center of the field, with four marks and nineteen disposals. As always, she was strong around the contest, and worked hard to move the ball up the field to the forward line. Her physicality and attack on the ball proved key in the midfield. All these things we have come to expect from McCarthy. She has been named among the best in every round she has played in this season, missing out only in round 5 when sidelined with a knee injury.