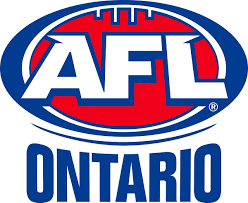 Katie Nicholson from the www.afl.com.au[*1] website reports on the development of the game of Aussie Rules football in Ontario, Canada. It is another example of how positive the growth of the game is across Canada, following on from our recent article looking at junior growth across the country in Vancouver (See North Delta Australian Football League Takes Unique Approach To Sport).

ALTHOUGH it may never compete with national sports ice hockey and lacrosse, Australian Football is one of the fastest growing sports in Canada. And a dedicated Australian is helping drive the growth.

With multiple leagues across the country's provinces, thousands of experienced and new players alike – including women – are becoming involved in the game.

Most players in the AFL Ontario and other leagues across the country are eligible to represent Canada in competitions such as the AFL International Cup, which is held every three years. The Canadian women's team finished runner-up to Ireland in the 2017 tournament in Melbourne.

Last season, the Etobicoke Lady Roos – who had three players in the Canadian team that travelled to Australia – won their third consecutive Ontario women's premiership by overwhelming the Central Blues in a one-sided Grand Final, 19.20 (134) to nil. Massive wins are now the norm for the powerful Lady Roos, but it wasn't always the way.

When they joined the competition in 2011, they struggled. But according to Madison Aramal, who has been with the team since day one, the players' hard work and commitment was now being rewarded.

"People are putting in the work. You do it, not just for yourself to get better, but for your teammates," said Aramal, who played nine matches for the team last season.

"If you don't come to practice, how do you know what your teammates are going to be likeω"

Members of the Lady Roos rave about their Australian-born coach Greg Everett, who has turned the team around since taking the job three years ago.

With more than 40 years' experience playing and coaching footy, Everett knows what he is talking about.

He started his playing career with Emerald Football Club in Melbourne's outer east in 1976, before moving to the south coast of New South Wales and playing for the Narooma Lions from 1983-89.

Everett moved to England in 1991 and joined the West London Wildcats, helping run the club while also playing.

In 1995, Everett made his way to Canada. He settled in Toronto – the largest city in the country by population – and played with the Toronto Broadview Hawks. In 1996, he transferred to the Toronto Rebels, and in 2003, helped establish the Etobicoke Kangaroos.

When coaching players new to the game, Everett said he focused on fundamentals.

"My philosophy for coaching women and men as far as the style of play doesn't change that dramatically. It's just that they need to be taught everything from scratch," he said.

"They have no knowledge of the style of play, the way to play and how to read the play. They need to be taught the skills."

Everett and his team recently completed pre-season training – held in the harsh Canadian winter – and started the 13-round competition with a thumping win over the Blues in a Grand Final re-match.

The season started in late May and runs through to mid-September, with the Lady Roos hoping to make it four premierships on the trot.

One of the goals Everett set at the start of pre-season was maintaining a strong list of players, an ongoing challenge for all AFL clubs in Canada.

Everett said he was keen to "continue to improve the players' skills, game knowledge, fitness".

"We want to play an exciting and attacking brand of football and win enough games to finish first or second and play finals," he said.

Despite the steady growth in local competitions, Everett said there were still plenty of misconceptions about Australian Football in Canada.

"A lot of people think it's Aussies playing over here. They don't realise the majority of the competition is made up of locals."

To view the original story from Katie Nicholson, go to: http://www.afl.com.au/news/2018-06-08/aussie-coach-driving-growth-in-canada[*2]